What does Jael mean?

[ 1 syll. jae(l), ja-el ] The baby boy name Jael is sometimes used as a girl name. Its pronunciation is JHEYL or JHEY-ahL in English †. Jael is derived from Hebrew origins. The name is of the meaning mountain goat. See Jael for more information.

Jael is uncommon as a baby name for boys. At the modest height of its usage in 2012, 0.010% of baby boys were given the name Jael. Its ranking then was #989. The baby name has since experienced a loss in popularity, and is now of infrequent use. In 2018, within the group of boy names directly linked to Jael, Yael was the most popular. Jael has predominantly been a baby boy name in the past century. 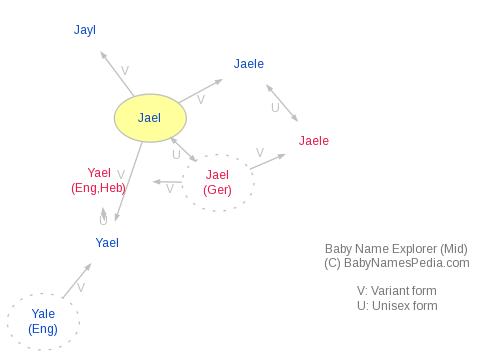