What does Jaidyn mean?

[ 2 syll. jai-dyn, ja-id-yn ] The baby boy name Jaidyn is also used as a girl name, but it is somewhat more common for boys. Its pronunciation is JHEY-DihN †. Jaidyn is used chiefly in the English language, and it is derived from Spanish and English-American origins.

Jaidyn is a variant of the name Jade (English).

Jaidyn is also a variant of the name Jaden (English).

Jaidyn is rare as a baby name for boys. At the modest peak of its usage in 2009, 0.013% of baby boys were given the name Jaidyn. Its ranking then was #807. The baby name has since dropped out of favor, and is today of infrequent use. In 2018, out of the group of boy names directly linked to Jaidyn, Jaden was the most regularly used. Though Jaidyn is slightly more popular as a baby boy name today, there was a period from 2001 to 2011 that it was given more often to girls. From 2012 on, increasingly more baby boys than girls were named Jaidyn. 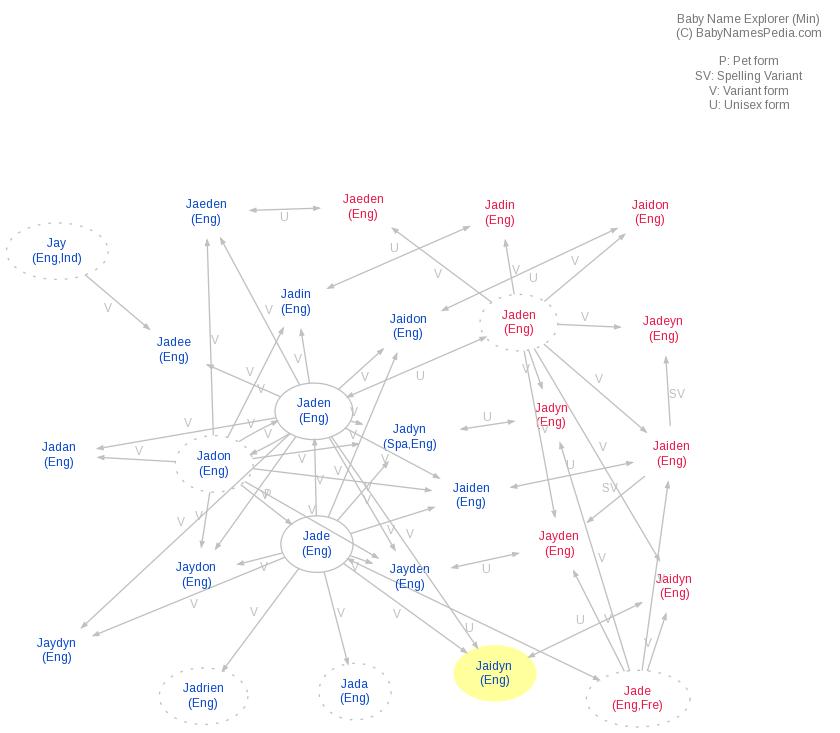