What does Jakim mean?

[ 2 syll. ja-kim, jak-im ] The baby girl name Jakim is also used as a boy name. It is pronounced JHEY-KihM †. Jakim has its origins in the Hebrew language. The name Jakim means 'one who brings others together; the establisher'.

Jakim is uncommon as a baby girl name. It is not in the top 1000 names. 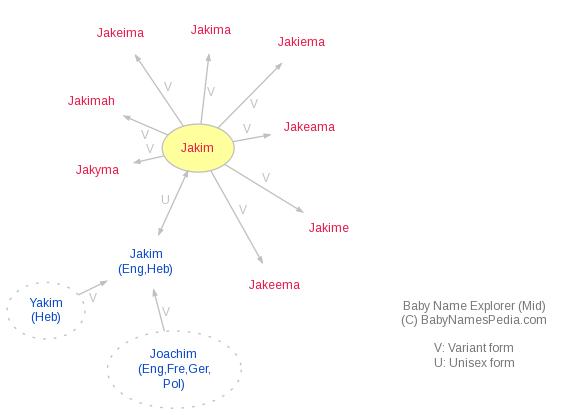