What does Jala mean?

Jala's language of origin is African-Mende and it is predominantly used in Arabic. The meaning of Jala is 'large, fresh-water fish, lion, the small-leafed wild indigo'.

Forms of Jala include the names Jalah, Jalla, and Jallah.

Jala is of African-Hausa origin. Here, it means 'glory to god'.

Jala is not commonly used as a baby girl name. It is not in the top 1000 names. 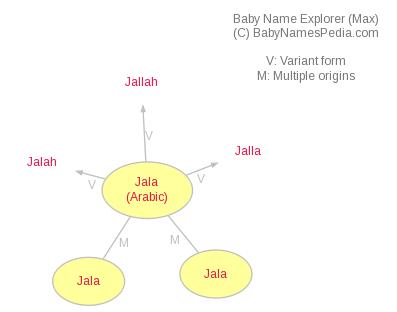