What does Jalen mean?

[ 2 syll. ja-len, jal-en ] The baby boy name Jalen is also used as a girl name, but the use for boys is much more common. It is pronounced as JHEY-LehN †.

Jalen is used chiefly in the English language and it is derived from English-American origins. The name is a recent coinage of various origins. It can be taken as a combination of the prefix 'Ja-' and the name Len. It was first popularized in America in the 1990s by the basketball player Jalen Rose (1973-), in whose case the name was a combination of the names of his father James and his maternal uncle Leonard. See Jalen for more information. The name Jaylyn (English) is the female form of Jalen.

Jalen's origin is English-American. The name could have been invented under the influence of Galen.

In addition, Jalen is a variant of the name Jay (English and Indian) in the English language. 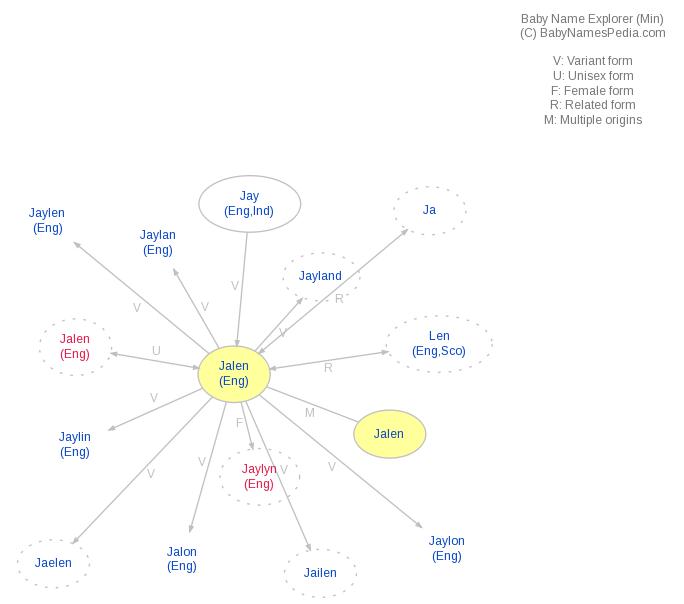