What does Jalisa mean?

[ 3 syll. ja-li-sa, jal-isa ] The baby girl name Jalisa is pronounced as JHaa-LIY-Saa- †. Jalisa is used mostly in the English language, and it is of English-American and Hebrew origin. The name is derived from the combination of Jae and Lisa.

Jalisa is a derivative (English) of Lisa.

The origin and meaning of the name Jalisa is inherited by all variant forms.

Another form of Jalisa is the English variant spelling Jaleesa.

Jalisa is unusual as a baby name for girls. Its usage peaked modestly in 1989 with 0.030% of baby girls being given the name Jalisa. It ranked at #419 then. The baby name has since dropped out of favor, and is currently used on a very light scale. In 2018, among the group of girl names directly linked to Jalisa, Lisa was the most popular. 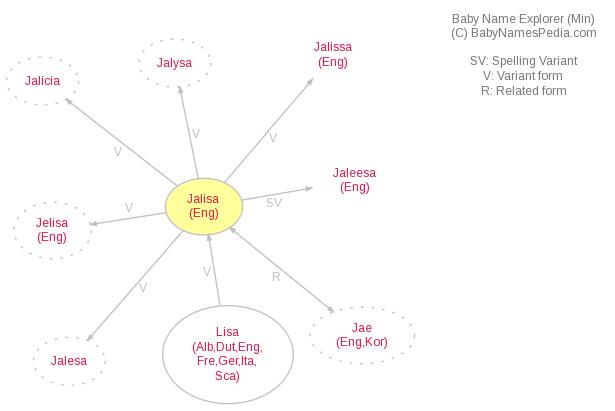