What does Jamal mean?

[ 2 syll. ja-mal, jam-al ] The baby boy name Jamal is also used as a girl name, but it is much more common for boys. It is pronounced as JHaa-MAA-L †. Jamal is largely used in the Arabic, English, and Indian languages, and its origin is Arabic. It is derived literally from the word 'jamal' which means beauty. The name is popular in the Middle East, but it is not a traditional Islamic name. It is used as a male name in some countries such as Egypt. The Iranian-born Jamal-al-Din Afghani was one of the founders of Islamic modernism in the 19th century. In the USA, the name is popular among Black Muslims, while in France, the variants starting with a 'D-' are popular with North African immigrants. The currently popular 'Jam-' prefix is thought to come primarily from this name, and it has been used to form other names such as Jamir, Jamari, and Jamarion. See Jamal for more information.

Jamal is an English variant of the name Jamil (African, Arabic, and English).

What are the Variant Forms of Jamal?

Jamal is a classic favorite. Currently it is still somewhat popular as a baby name for boys, though it was in more widespread use in the past. The name's popularity jumped from the 1960s up to the 1990s; before that, it was of very light use only. Its usage peaked modestly in 1994 with 0.060% of baby boys being given the name Jamal. Its ranking then was #240. The baby name has since experienced a loss in popularity. In 2018, its usage was 0.016% and its ranking #766. Among the group of boy names directly linked to Jamal, Jamari was the most popular. In 2018, it was 60% more commonly used than Jamal. Jamal has predominantly been a baby boy name in the past century. 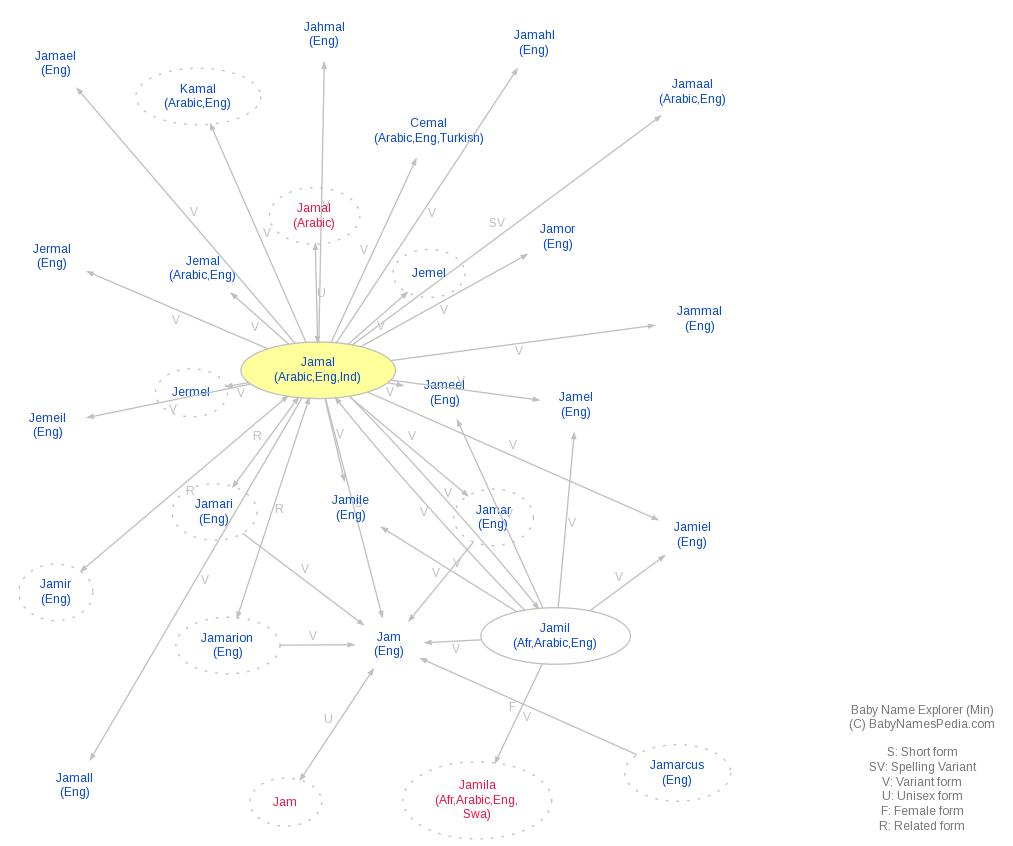