What does Jamarcus mean?

[ 3 syll. ja-mar-cus, jam-arc-us ] The baby boy name Jamarcus is pronounced JHaa-MAARKahS- †. Jamarcus' language of origin is English-American and it is used mainly in the English language. This is a modern coinage from the combination of the name element 'Ja-' with Marcus.

The origin and meaning of the name Jamarcus is inherited by all variant forms.

Jamarcus is rare as a baby name for boys. At the peak of its usage in 2007, 0.014% of baby boys were given the name Jamarcus. It ranked at #743 then. The baby name has since fallen out of favor, and is currently used only on a very modest scale. Out of the group of boy names directly linked to Jamarcus, Marcus was the most popular in 2018. 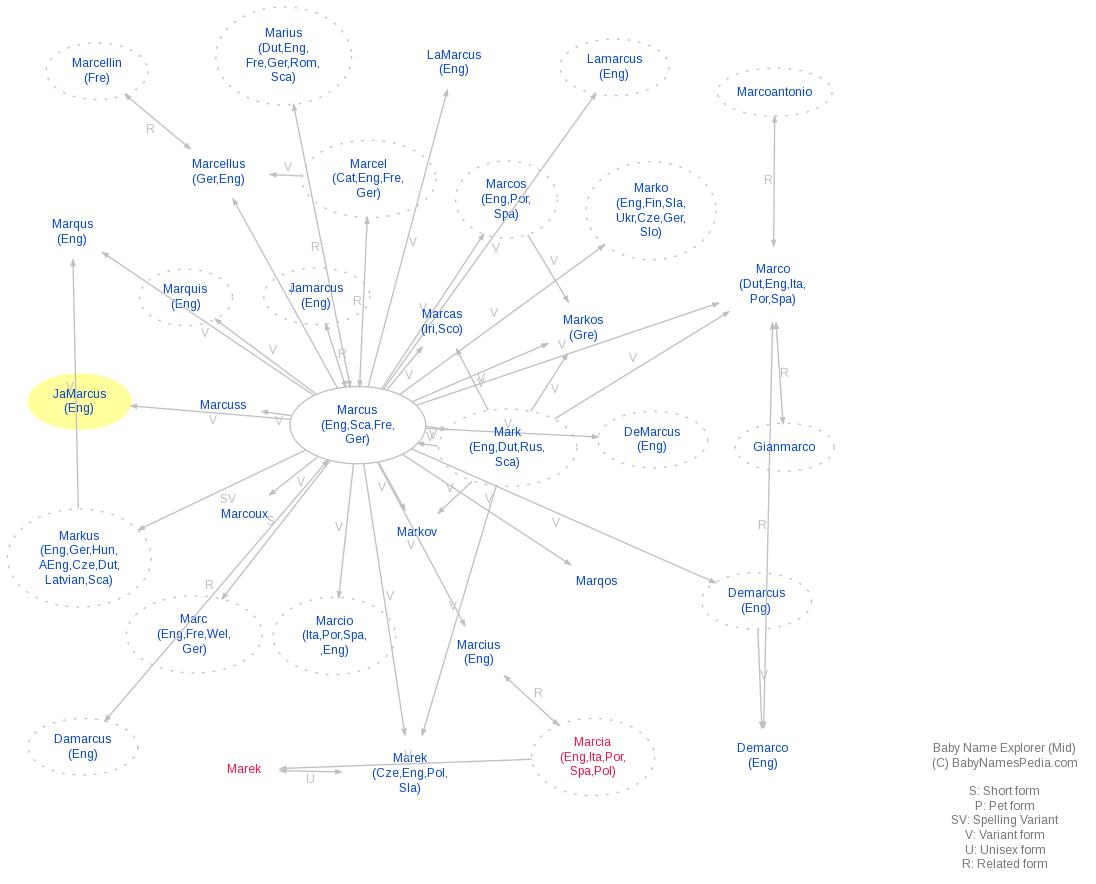