What does Jamel mean?

[ 2 syll. ja-mel, jam-el ] The baby boy name Jamel is pronounced as JHaa-MEHL †. Jamel is primarily used in English and its language of origin is Arabic.

Jamel is an English form of the Arabic, English, and Indian name Jamal.

Jamel is also an English form of the African, Arabic, and English name Jamil.

Jamel is uncommon as a baby boy name. At the modest height of its usage in 1988, 0.018% of baby boys were named Jamel. It had a ranking of #485 then. The baby name has substantially dropped in popularity since then, and is now of sporadic use. In 2018, within the family of boy names directly related to Jamel, Jamal was the most regularly used. 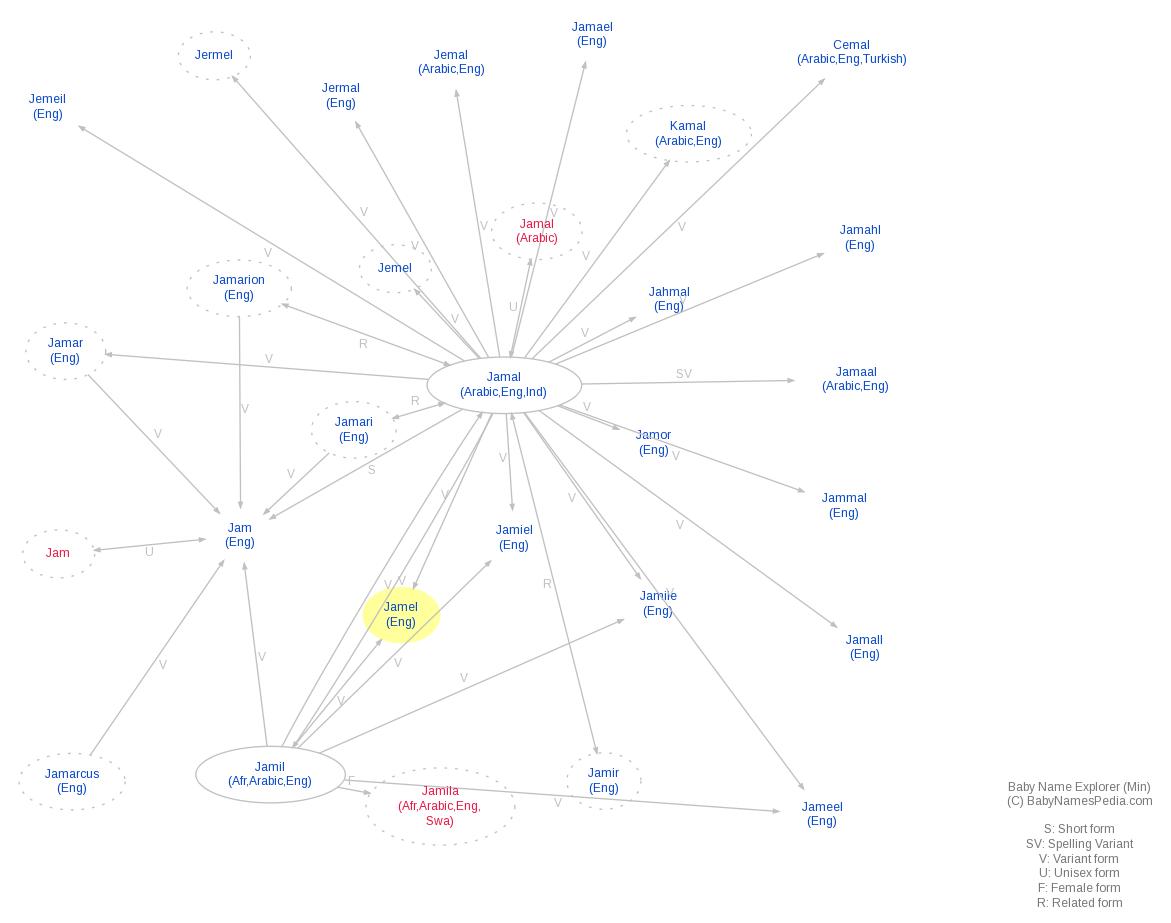