What does James mean?

[ 1 syll. ja-mes, jam-es ] The baby boy name James is also used as a girl name, but it is much more common for boys. It is pronounced in English as JHEYMZ †. James is an English and Hebrew name of Hebrew origin.

In addition, James is an English variant of the name Jacob (Dutch, English, German, and Scandinavian).

The name Jamie (English) is the female equivalent of James.

What are the Variant Forms of James?

James is very popular as a baby name for boys, and it is also considered fairly trendy. Its usage peaked in 1944 with 5.539% of baby boys being given the name James. It ranked at #1 then. The baby name has since experienced a fall in popularity. In 2018, its usage was 0.701% and its ranking #4, enjoying a minor resurgence in the recent decade. Among all boy names in its group, James was the most popular. In 2018, 15% more boys were named James than the next most popular name, Jacob. James has in the past century been mostly given to baby boys. In 1989, the name James was given to 177 times as many baby boys than girls. 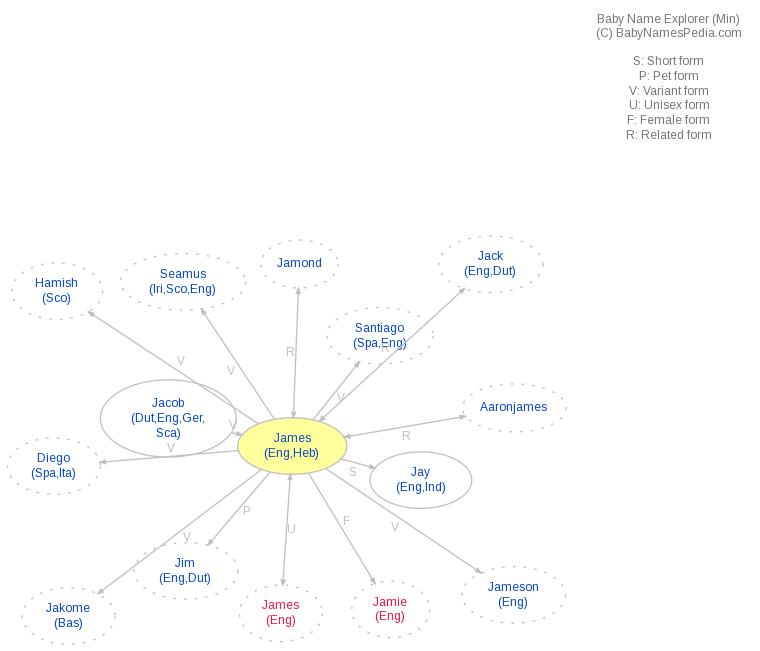