What does Jamil mean?

[ 2 syll. ja-mil, jam-il ] The baby boy name Jamil is pronounced as JHaa-MIY-L †. Jamil is an African, Arabic, and English name of Arabic origin. It is derived literally from the word 'jamil' which means beautiful.

Jamil is a variant of the name Jamal (Arabic, English, and Indian) in the African, Arabic, and English languages.

The name Jamila (African, Arabic, English, and Swahili) is the female form of Jamil.

Jamil is rare as a baby name for boys. At the modest peak of its usage in 1991, 0.010% of baby boys were given the name Jamil. It ranked at #693 then. The baby name has since fallen out of favor, and is today of irregular use. Out of the group of boy names directly linked to Jamil, Jamal was the most commonly used in 2018. 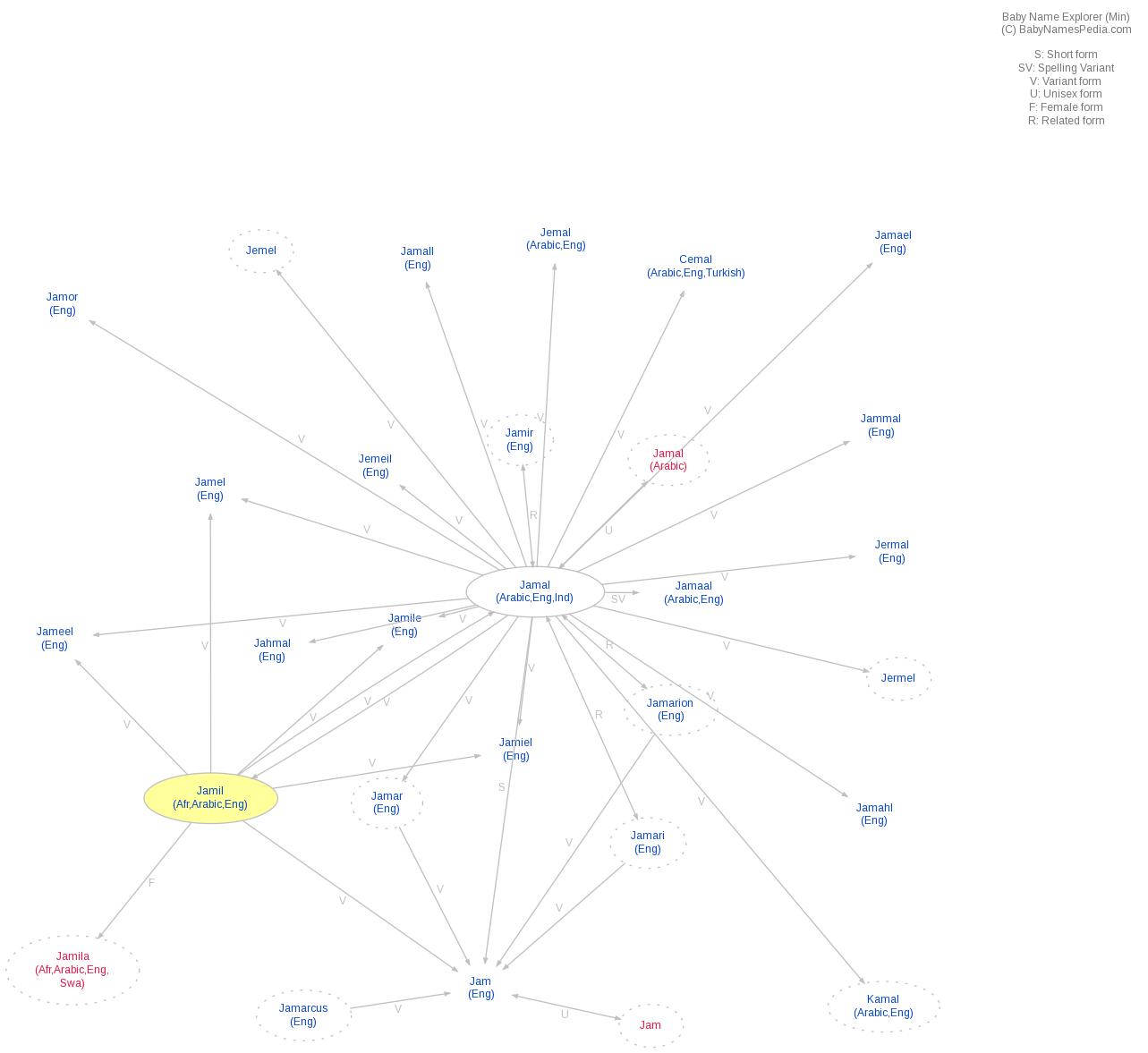