What does Jancis mean?

[ syll. jan-cis, ja-nc-is ] The baby girl name Jancis is pronounced as JHAENSAHS †. Jancis is mainly used in English and its language of origin is also English. The name is derived from the combination of Jan and Francis. It was probably first invented by Mary Webb for a character in her novel Precious Bane (1924), which was made into a BBC TV drama series (1957).

Variant forms share the origin and meaning of the name Jancis.

Jancis is an uncommon baby name for girls. It is not in the top 1000 names. 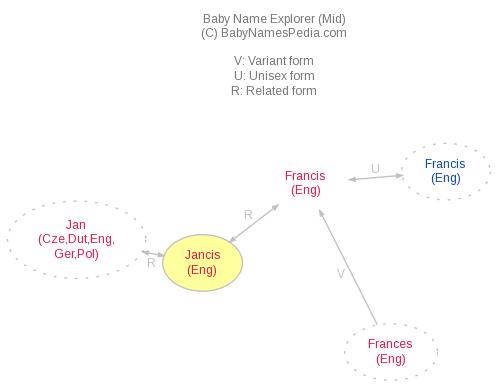