What does Jane mean?

[ 1 syll. ja-ne, jan-e ] The baby girl name Jane is pronounced JHey-N †. Jane has its origins in the Hebrew language and it is used largely in English. The meaning of Jane is 'Yahweh is gracious, Yahweh is merciful'. It is a biblical name derived from yahweh 'name of God' ; chanan which means 'to be gracious'. The name Johanna was borne by a follower of Jesus in the Bible, who was also the wife of King Herod Antipas' steward. Johanna (Latin) was the equivalent of Ioanna (Old Greek), and it was widely used in the medieval period, giving rise to the name Joan, and later Jane and Jean via Jehanne (Old French), the medieval feminine equivalent of the masculine French name Jean.

The name Jane was adopted by English speakers in the 16th century, popularized by the fame of Jane Shore (1445-1527), the mistress of King Edward IV who became the subject of numerous plays and ballads. The name was also made famous by Lady Jane Grey (1537-1554), the ill-fated queen who reigned for only nine days. Jane became more popular than other forms such as Jean and Joan by the 17th century. In the 19th century, it was widely used as a name depicting handmaids in various literary works, and it was also made known by Charlotte Brontë's novel Jane Eyre (1847). In the mid-20th century, Jane was well-known as a scantily-clad beauty in a Daily Mirror comic strip; she was dubbed by Churchill as "Britain's secret weapon" in homage to her role in boosting morale among World War II soldiers.

Jane is also a form of the English Joan.

Jane is the feminine form of the English and Hebrew John.

What are the Variant Forms of Jane?

Jane is an all-time favorite. At present it is still popular as a baby girl name, but not as much as it was before, and it is also regarded as rather trendy. At the peak of its usage in 1945, 0.567% of baby girls were named Jane. It was #36 in rank then. The baby name has substantially slipped in popularity since then. In 2018, it ranked at #291 with a usage of 0.061%, experiencing a small resurgence in the recent decade. Out of all girl names in its family, Jane was the 3rd most popular after Gianna and Joanna. The name was thrice as popular as Jane in 2018. 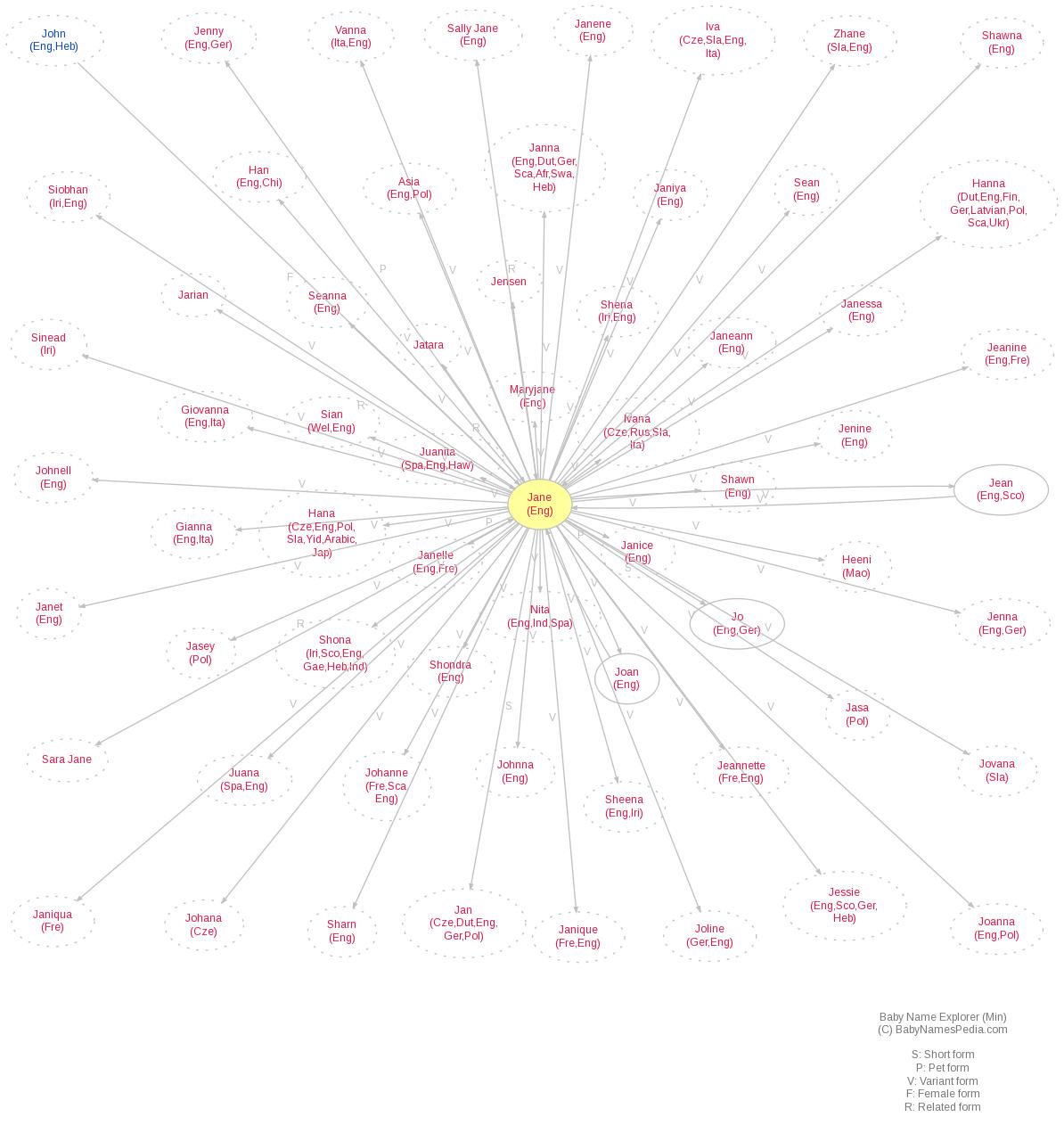