What does Janet mean?

[ 2 syll. ja-net, jan-et ] The baby girl name Janet is pronounced JHAEN-ehT †. Janet is of Hebrew origin and it is used mainly in English. The name was a medieval diminutive of Jane. After the Middle Ages, it fell into disuse among English speakers except in Scotland, before enjoying a revival in the 19th century. In literature, it has been borne by the fictional housekeeper in A. J. Cronin's novel Beyond This Place (1953), the basis for the long-running BBC TV series Dr. Finlay's Casebook (1962-1971).

Janet is a variant transcription of Jane (English).

Variant forms inherit both the origin and meaning of Janet.

Janet is uncommon as a baby name for girls. At the height of its usage in 1952, 0.942% of baby girls were named Janet. Its ranking then was #19. The baby name has since fallen out of favor, and is of only infrequent use now. Within the group of girl names directly related to Janet, Jane was the most popular in 2018. Janet has predominantly been a baby girl name, although in the past century it has also been used for boys. Baby girls named Janet outnumbered boys by 290 times in 1943. 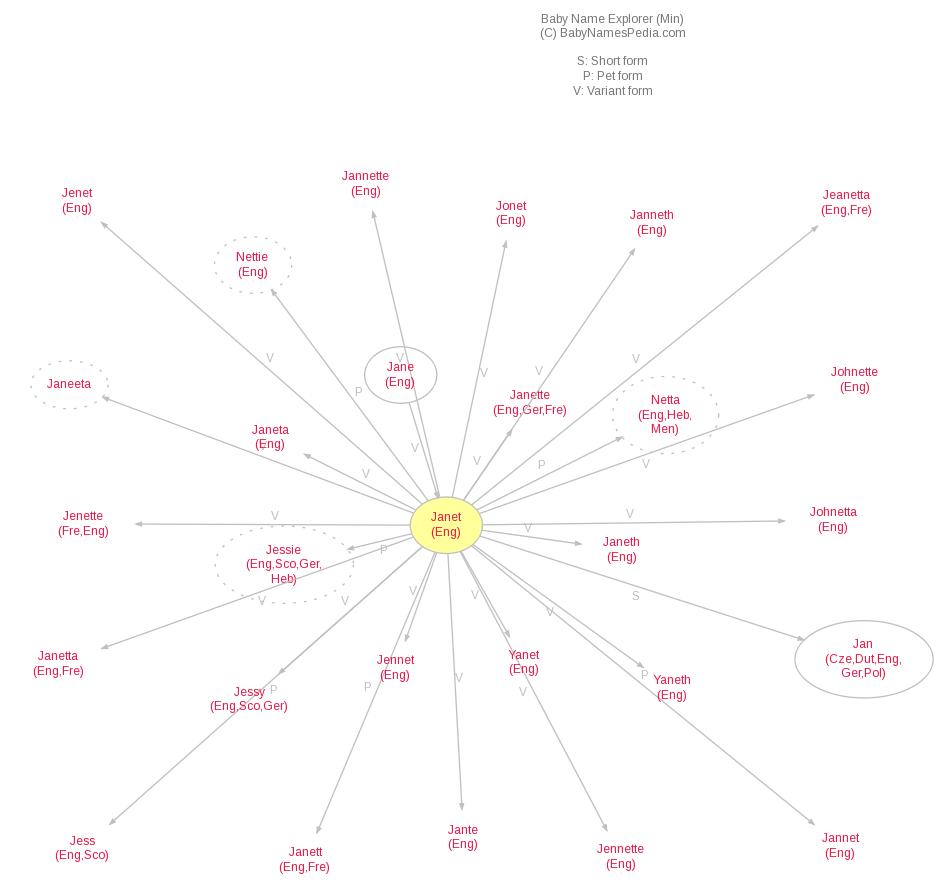