What does Jaq mean?

[ syll. jaq, ja-q ] The baby boy name Jaq is pronounced as JHAEK †. Jaq has its origins in the English, Hebrew, and Hebrew languages.

Jaq is a variation of Jack (English and Dutch).

Jaq is also a variation of Jake (English and Hebrew).

Jaq is not widely used as a baby name for boys. It is not listed within the top 1000 names. In 2018, among the group of boy names directly related to Jaq, Jack was the most frequently used. 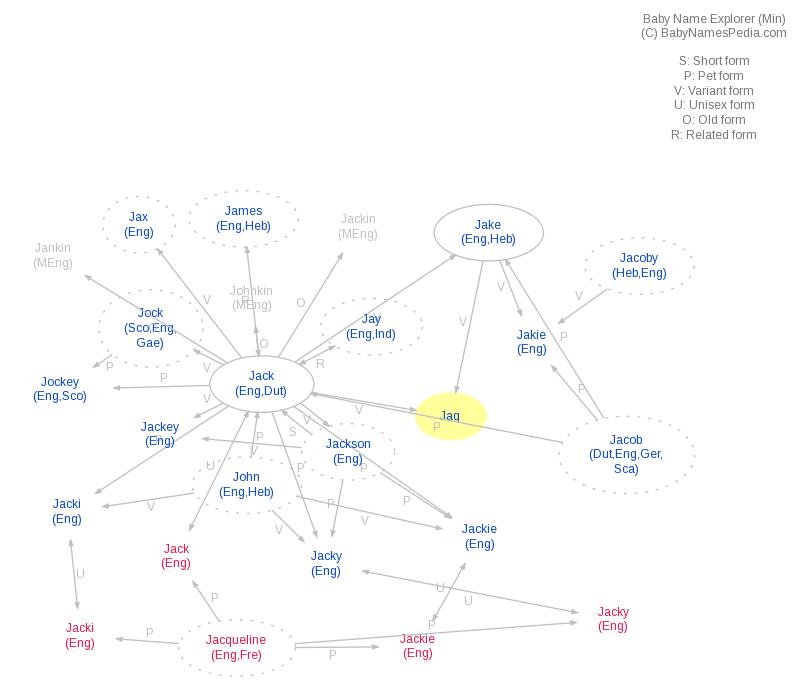