What does Jareth mean?

[ 2 syll. ja-ret(h), jar-e-th ] The baby boy name Jareth is pronounced JHAER-ah-TH or JHEHR-ah-TH in English †. Jareth's language of origin is Welsh and English-American. It is predominantly used in English. The name is a modern invention, probably from the combination of Jared and Gareth. This is the name of the Goblin King played by David Bowie in the fantasy movie Labyrinth (1986).

Jareth is also a variant form of the English Jarrett.

Variant forms share both the origin and meaning of the name Jareth.

Jareth is not commonly used as a baby boy name. It is not in the top 1000 names. In 2018, within the family of boy names directly related to Jareth, Jared was the most widely used. 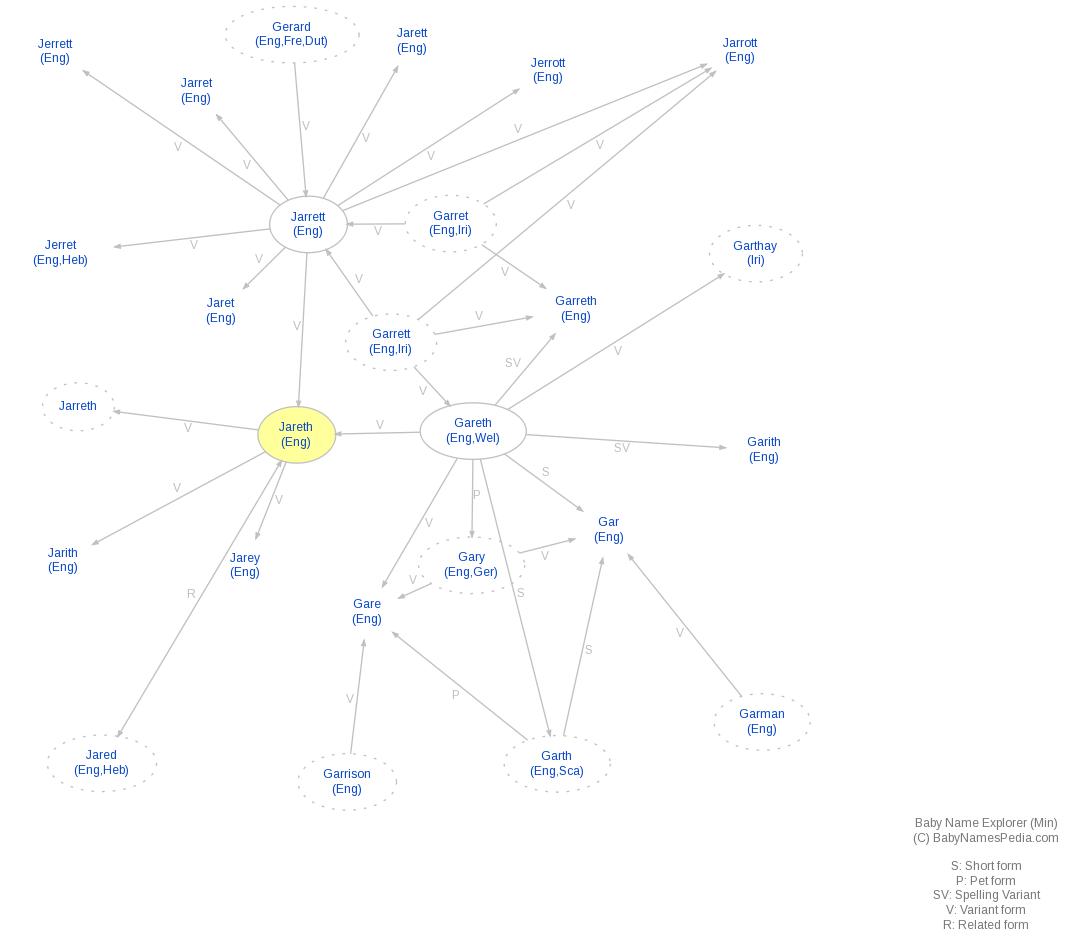