What does Jaric mean?

[ syll. ja-ric, jar-ic ] The baby boy name Jaric is pronounced JH-RihK †. Jaric's origin is Slavonic. Jaric is a derivative of the Czech and Polish Jarek.

Jaric is uncommon as a baby boy name. It is not in the top 1000 names. 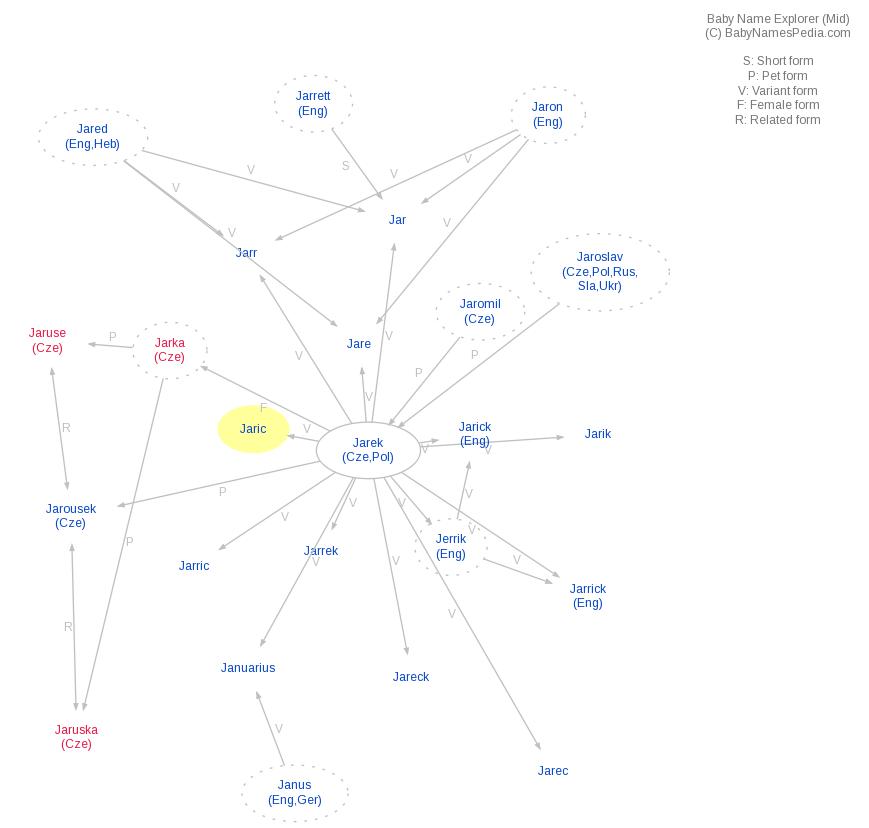