[ 3 syll. ja-ri-ta, jar-ita ] The baby girl name Jarita is pronounced YaaRiy-Taa- †. Jarita is of Sanskrit origin and it is used largely in the Indian language. The name is of the meaning 'mother'. The meaning of the name is of obscure. In Hindu mythology, Jarita was a bird who became human through her devotion to her offspring.

Jarita is rarely used as a baby name for girls. It is not ranked within the top 1000 names. 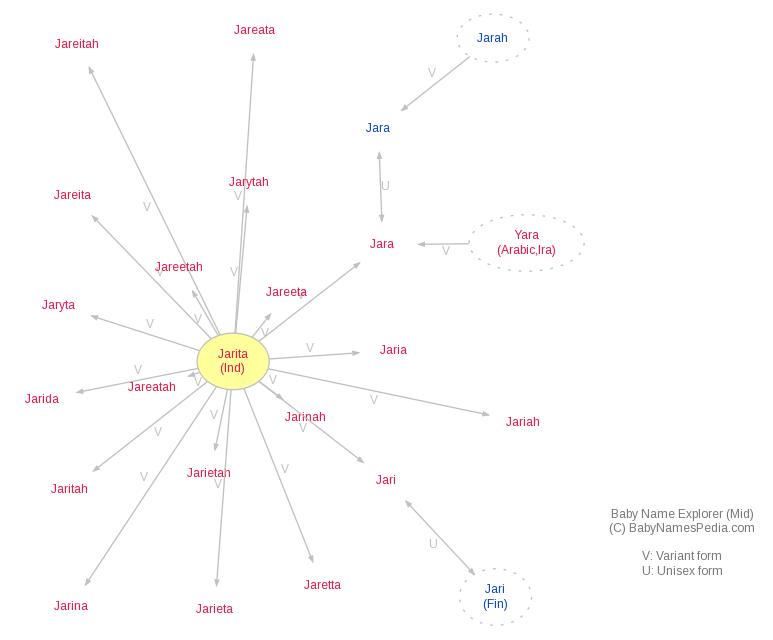