What does Jarka mean?

[ syll. jar-ka, ja-rka ] The baby girl name Jarka is pronounced JHAARKAH †. Jarka's origin is Slavonic, and its use, Czech. It is derived from jaro meaning 'spring' ; jary 'strong, fierce'. Jarka is the feminine form of the Czech and Polish Jarek.

The familiar forms Jaruse (Czech) and Jaruska (Czech) are variants of Jarka.

Jarka is not commonly used as a baby girl name. It is not in the top 1000 names. 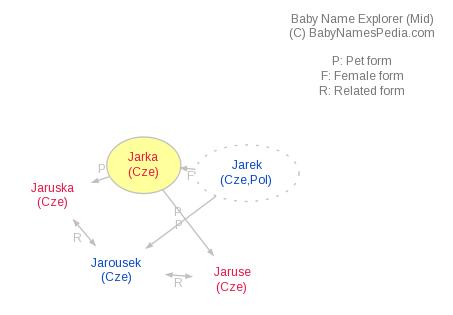