What does Jasen mean?

[ 2 syll. ja-sen, jas-en ] The baby boy name Jasen is pronounced JHEY-SehN †. Jasen's language of origin is Old Greek and it is predominantly used in English.

Jasen is a spelling variant of Jason (English).

Jasen is also a variant transcription of Jayson (English).

Jasen is an uncommon baby boy name. At the modest height of its usage in 1973, 0.012% of baby boys were named Jasen. It was #561 in rank then. The baby name has steeply dropped in popularity since then, and is of only sporadic use now. In 2018, within the family of boy names directly related to Jasen, Jason was the most frequently used. 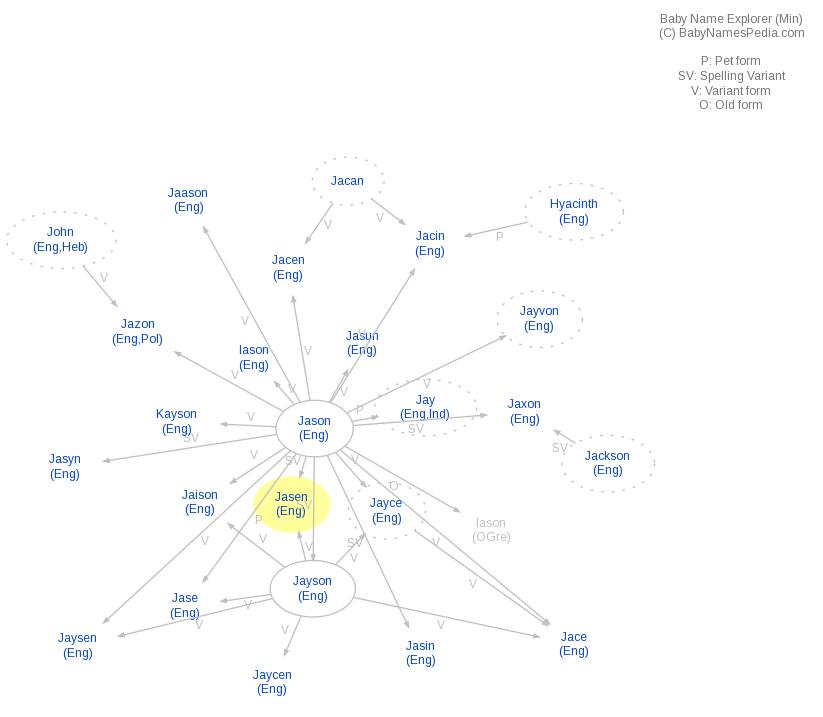