What does Jasper mean?

[ 2 syll. jas-per, ja-sp-er ] The baby boy name Jasper is sometimes used as a girl name. It is pronounced in English as JHAES-PahR †. Jasper is used chiefly in the Dutch, English, French, and German languages, and it is derived from Old Persian and Old Greek origins. From Old Persian roots, its meaning is keeper of the treasure. A biblical name, it is derived from the elements 'ghaz' meaning treasure ; 'bar' to manage. The name is ultimately of Persian origin; it is probably not associated with the English word 'jasper', which is the name of the gemstone that is of Semitic origin. Jasper is traditionally known in Christian folklore as the name of one of the three wise men or Magi who visited the baby Jesus at Bethlehem, although it is not found in the Bible. The name was first used by English speakers in the 14th century, and it became rather popular by the 17th century.

Jasper is a variant of the name Kasper (Polish and English).

Jasper is a popular baby name for boys, and it is also viewed as trendy. The name's popularity has been growing since the 1970s. Its usage peaked modestly in 2018 with 0.129% of baby boys being given the name Jasper. It ranked at #154 then. Among all boy names in its group, Jasper was the most popular in 2018. 96% more boys were named Jasper than the subsequent ranked name, Cash, in that year. In the past century Jasper has mostly been a baby boy name. 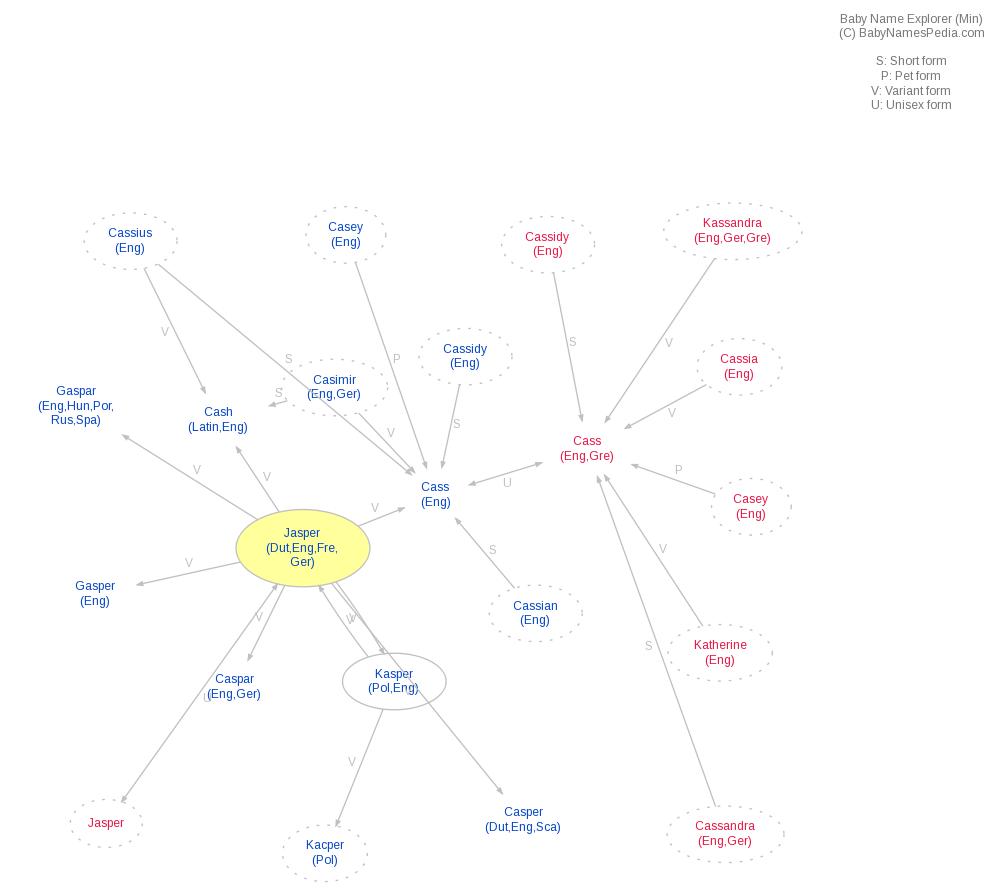