What does Javan mean?

[ 2 syll. ja-van, jav-an ] The baby boy name Javan is pronounced in English as JHEY-VahN †. Javan is mainly used in English and it is of Hebrew origin. A biblical name, it is derived from the element 'yavan' with the meaning Greece. Yavan is known as the Hebrew name for Greece or Greeks in general. The name was borne by Javan, the fourth son of Noah's son Japheth, who according to the historian Flavius Josephus, was the ancestor of the Greek people.

Javan is not popular as a baby name for boys. It is not in the top 1000 names. 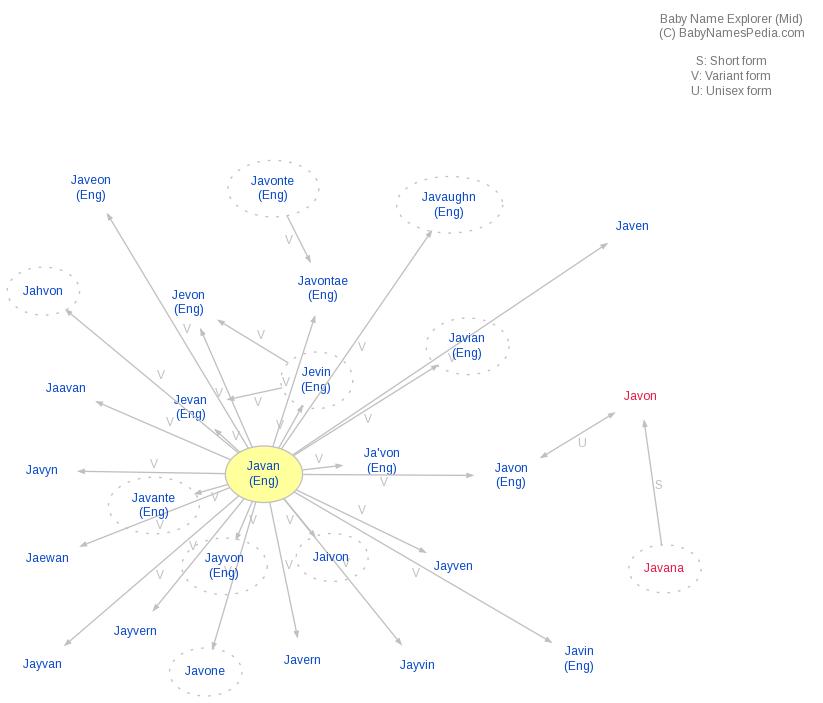