What does Jax mean?

[ 1 syll. jax, ja-x ] The baby boy name Jax is pronounced as JHaeS †. Jax's origin and use are both in the English language.

Jax is also a variant form of the English name Jackson.

The names Jac, Jacks, Jacs, and Jaks are variant forms of Jax.

Variant forms share the origin and meaning of the name Jax.

Another variant of Jax is the diminutive form Jaxie. 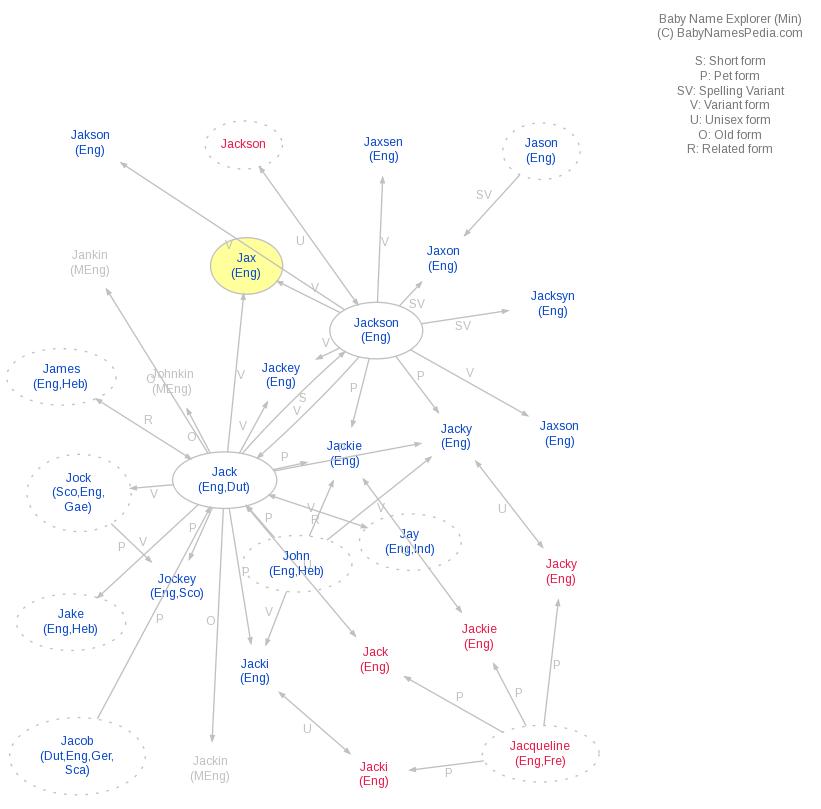