What does Jaxon mean?

[ 2 syll. ja-xon, jax-on ] The baby boy name Jaxon is also used as a girl name, but it is much more common for boys. Its pronunciation is JHAES-ahN †. Jaxon is used predominantly in the English language, and it is derived from English and Old Greek origins.

Jaxon is a variant spelling of the name Jackson (English).

Jaxon is also a variant spelling of the name Jason (English). 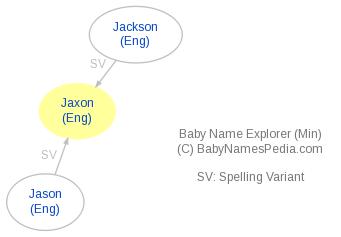