What does Jayakrishna mean?

[ 4 syll. ja-ya-kris-hna, jay-akrish-na ] The baby boy name Jayakrishna is pronounced JHEY-aa-KRIH-SHNaa- †. Jayakrishna's origin is Sanskrit, and its use, Indian. The meaning of Jayakrishna is 'victorious Krishna'. It is from jaya meaning 'victory' ; Krishna. The name is derived from the combination of the element jaya with the name of the Hindu god Krishna.

Jayakrishna is not commonly used as a baby boy name. It is listed outside of the top 1000. 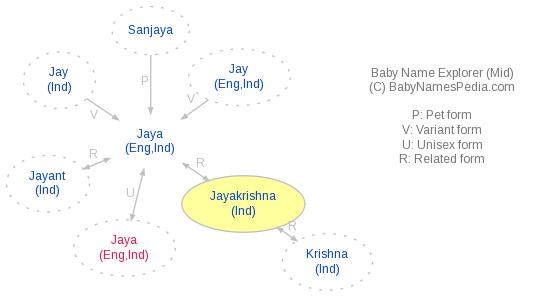