What does Jaylyn mean?

[ 2 syll. jay-lyn, ja-yl-yn ] The baby girl name Jaylyn is pronounced as JHEY-LihN †. Jaylyn's language of origin is English-American and it is predominantly used in English. The name is derived from the combination of Jay and Lynn.

Jaylyn is a form of the English Jalen.

Jaylyn is the feminine form of the English Jalen.

Variant forms share the origin and meaning of the name Jaylyn.

Jaylyn is an unusual baby girl name. Its usage peaked in 2007 with 0.018% of baby girls being named Jaylyn. It had a ranking of #765 then. The baby name has experienced a steep decline in frequency since then, and is used only on a very modest scale today. In 2018, among the family of girl names directly related to Jaylyn, Jayleen was the most popular. 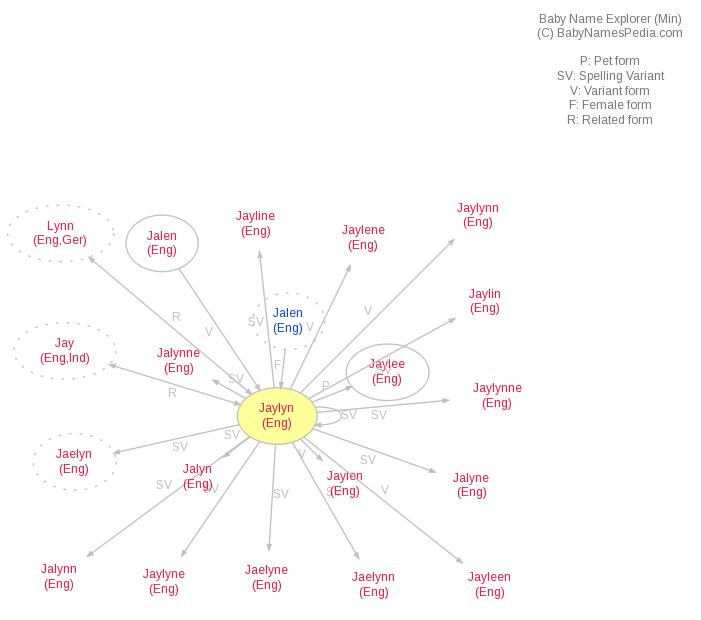