What does Jayson mean?

[ 2 syll. jay-son, ja-ys-on ] The baby boy name Jayson is pronounced JHEY-SahN †. Jayson has its origins in the Old Greek language and it is used largely in English.

In addition, Jayson is a spelling variant of the English Jason.

Variant forms share both the origin and meaning of the name Jayson. 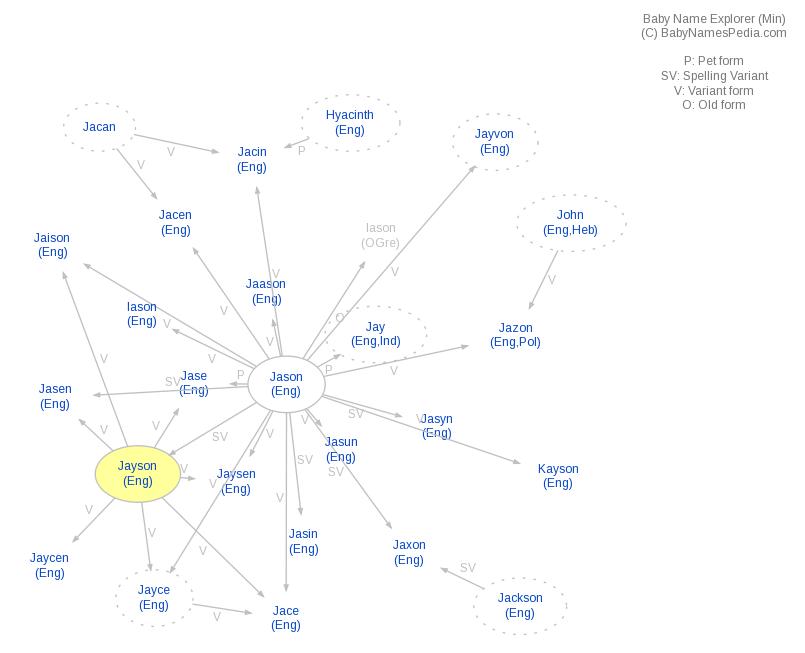