What does Jean mean?

[ 1 syll. jea(n), je-an ] The baby boy name Jean is sometimes used as a girl name. Its pronunciation is JHAAN †. Jean is used chiefly in the French language and it is derived from Hebrew origins. The name is derived from Jehan (Old French) via Iohannes (Latinized); these are also the source forms of the name John. See Jean for more information.

Jean is a variant of the name John (English and Hebrew) in the French language.

Jean is rare as a baby name for boys. At the modest peak of its usage in 1928, 0.029% of baby boys were given the name Jean. It ranked at #307 then. The baby name has since substantially fallen in popularity, and is today of very light use. In 2018, out of the group of boy names directly linked to Jean, John was the most widely used. Though Jean is more popular as a baby boy name today, there was a period before 1989 that it was given more often to girls. From 1990 on, increasingly more baby boys than girls were named Jean. In 1994, the name Jean was given to 49% more baby boys than girls. 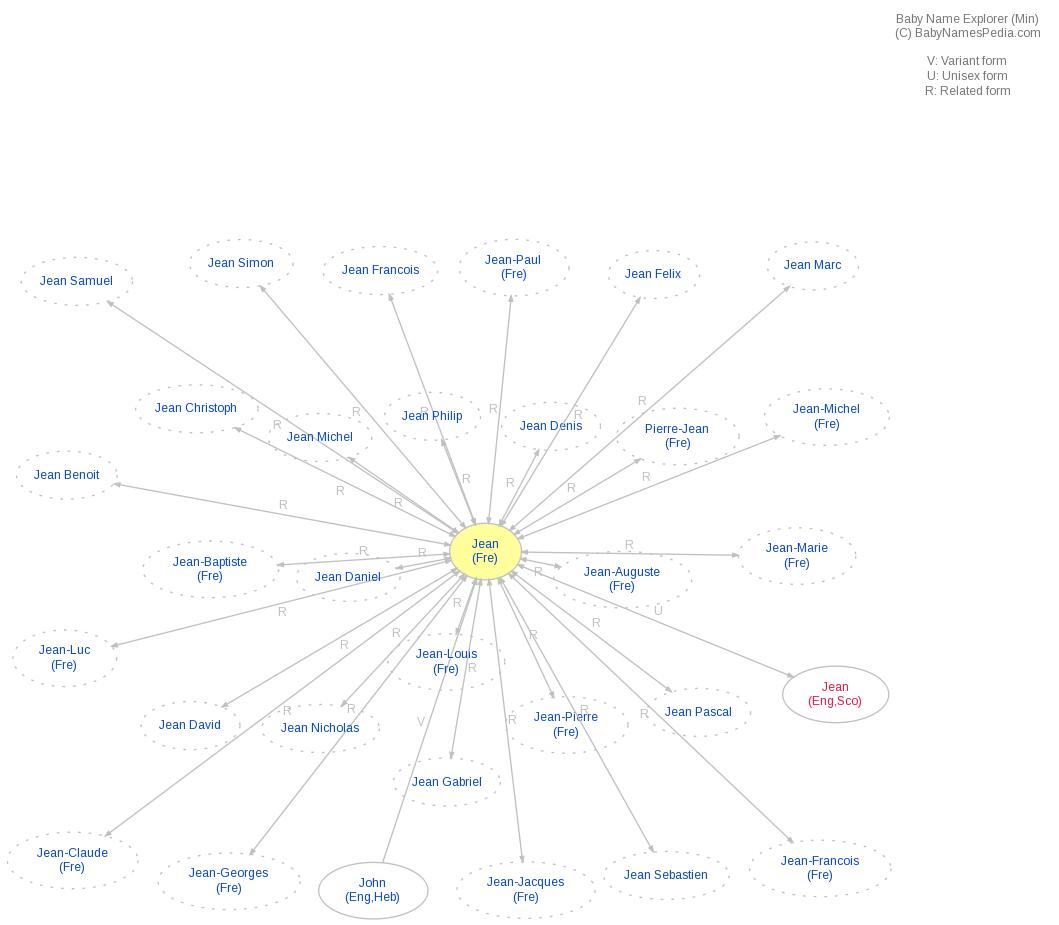