What does Jeannette mean?

[ 2 syll. jea-(n)net-te, je-anne-tte ] The baby girl name Jeannette is pronounced as JHah-NEHT in English or ZHae-NEHT in French †. Jeannette is largely used in French and English. It is derived from Hebrew origins. The name has been adopted by English speakers since the 20th century.

In addition, Jeannette is a French variant transcription of the name Jane (English).

Jeannette is also an English and French familiar form of the name Jean (English and Scottish).

Sinéad (Irish), Sìneag (Scottish), Zaneta (Russian), and Zsanett (Hungarian) are variant transcriptions of the name that are used in other languages. The familiar form Jinty (Scottish) is another foreign variant.

Variant forms inherit both the origin and meaning of Jeannette.

Jeannette is an uncommon baby girl name. At the height of its usage in 1916, 0.100% of baby girls were named Jeannette. It was #173 in rank then. The baby name has fallen from favor since then, and is now of very modest use. In 2018, within the family of girl names directly related to Jeannette, Jane was the most popular. 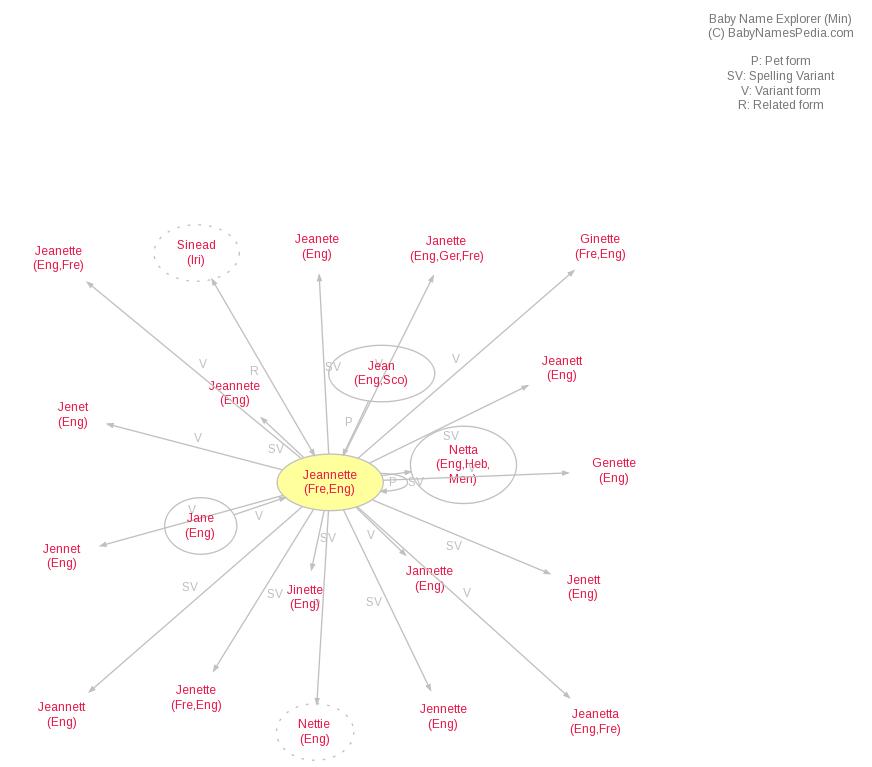