What does Jemma mean?

[ 2 syll. jem-ma, je-mma ] The baby girl name Jemma is pronounced JHEHM-aa- †. Jemma is of Italian and Hebrew origin. It is used mainly in Armenian and English.

Jemma is a spelling variant (Armenian and English) of Gemma (English, German, and Italian).

Jemma is also a contracted form of Jemima (English and Hebrew).

Jemma is also a variation of Jemina (English).

Jemma is rather popular as a baby girl name, and it is also regarded as fairly trendy. The name's popularity has been rising since the 2000s; before that, it was of only very modest use. At the recent peak of its usage in 2018, 0.032% of baby girls were named Jemma. It was #531 in rank then. Out of the family of girl names directly related to Jemma, Gemma was the most frequently used in 2018. The name was twice as popular as Jemma in that year. 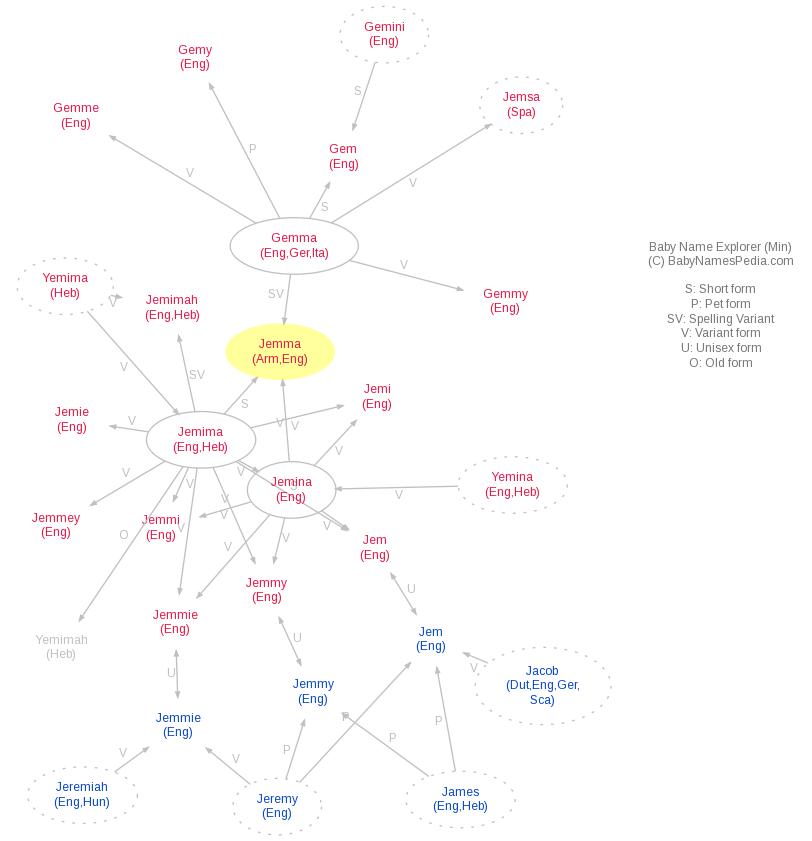