What does Jenna mean?

Jenna's language of origin is Hebrew and it is predominantly used in the English language. The name developed as a variant of Jenny with the Latinate feminine suffix '-a'. It was first adopted in the late 20th century, popularized by a character bearing the name in the popular US TV soap opera Dallas (1978-1991). It is often used as a prefix in creating new names.

Variant forms inherit the origin and thus the meaning of the name Jenna.

Jenna's origin is African-Mende. The meaning here is a small bird.

Jenna is also an English contraction of the English and German Jennifer.

Jenna is also an English form of the English and German Jenny. 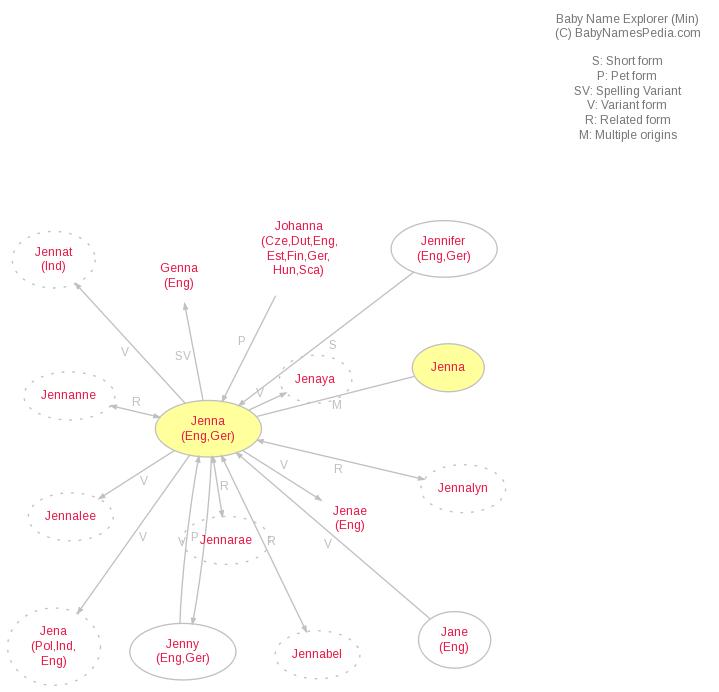