What does Jensen mean?

Jensen is a variant of the name Janson (English and Scandinavian).

Jensen is also a Scandinavian variant of the name Johnson (English).

Jensin, Jenson (English), Jenssen, and Jensyn are variants of Jensen.

Jensen is popular as a baby name for boys, and it is also viewed as trendy. The name's popularity has been growing since the 2000s. Its usage peaked recently in 2018 with 0.062% of baby boys being given the name Jensen. It ranked at #293 then. Among all boy names in its group, Jensen was the most regularly used in 2018. Though Jensen is somewhat used more commonly as a baby boy name today, there was a period from 1998 to 1998 that it was more popular with girls. From 2008 on, increasingly more baby boys than girls were named Jensen. 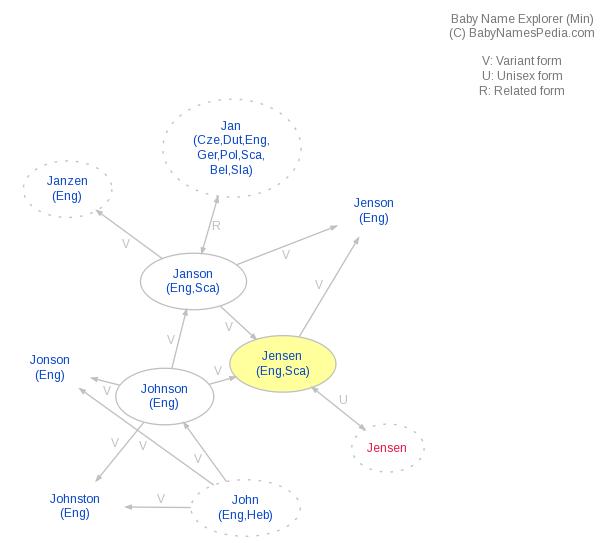