What does Jephthah mean?

[ 2 syll. jep-(h)(t)hah, je-phth-ah ] The baby boy name Jephthah is pronounced in English as JHEHF-THah †. Jephthah is mainly used in the English and German languages. Its language of origin is Hebrew. The meaning of the name is God opens. A biblical name, it is derived from the word 'pathach' which means to open. An original form of Jephthah is Yiphtah (Hebrew). The name was borne in the Bible by a judge of Israel who was sworn under oath to sacrifice his only daughter to God in return for help in defeating the Ammonites. The name saw a revival among 19th century English speakers.

The names Jephta, Jephtah, and Jephtha are variant forms of Jephthah.

Jephthah is an unusual baby boy name. It is not ranked within the top 1000. 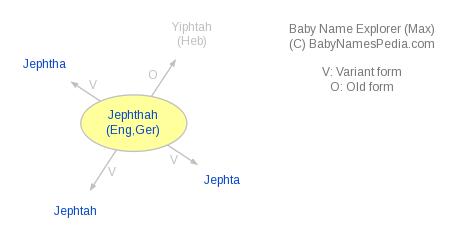