What does Jera mean?

[ syll. je-ra, jer-a ] The baby girl name Jera is also used as a boy name. It is pronounced as JHIHRAH †. Jera has its origins in the Old English language and it is used largely in English. The meaning of Jera is 'the harvest'.

Forms of Jera include the names Jerah, Jerra, and Jerrah. 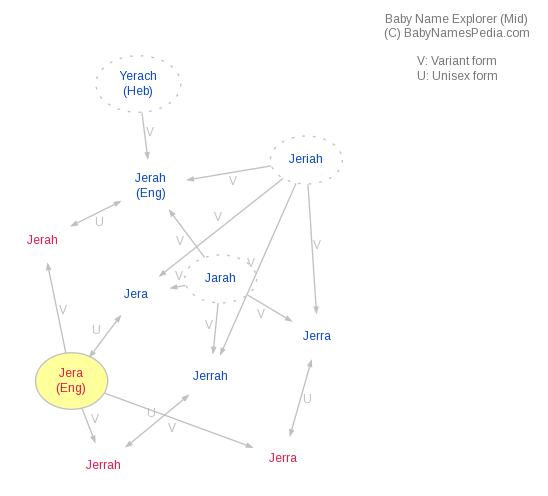