What does Jerad mean?

[ 2 syll. je-rad, jer-ad ] The baby boy name Jerad is pronounced as JH-ERaeD †. Jerad is used predominantly in the English language and it is derived from Hebrew origins. Jerad is a variant spelling of the name Jared (English and Hebrew).

Jerad is a rare baby boy name. At the modest peak of its usage in 1983, 0.013% of baby boys were given the name Jerad. It had a ranking of #538 then. The baby name has steeply declined in popularity since then, and is currently of very light use. In 2018, out of the family of boy names directly linked to Jerad, Jared was the most frequently used. 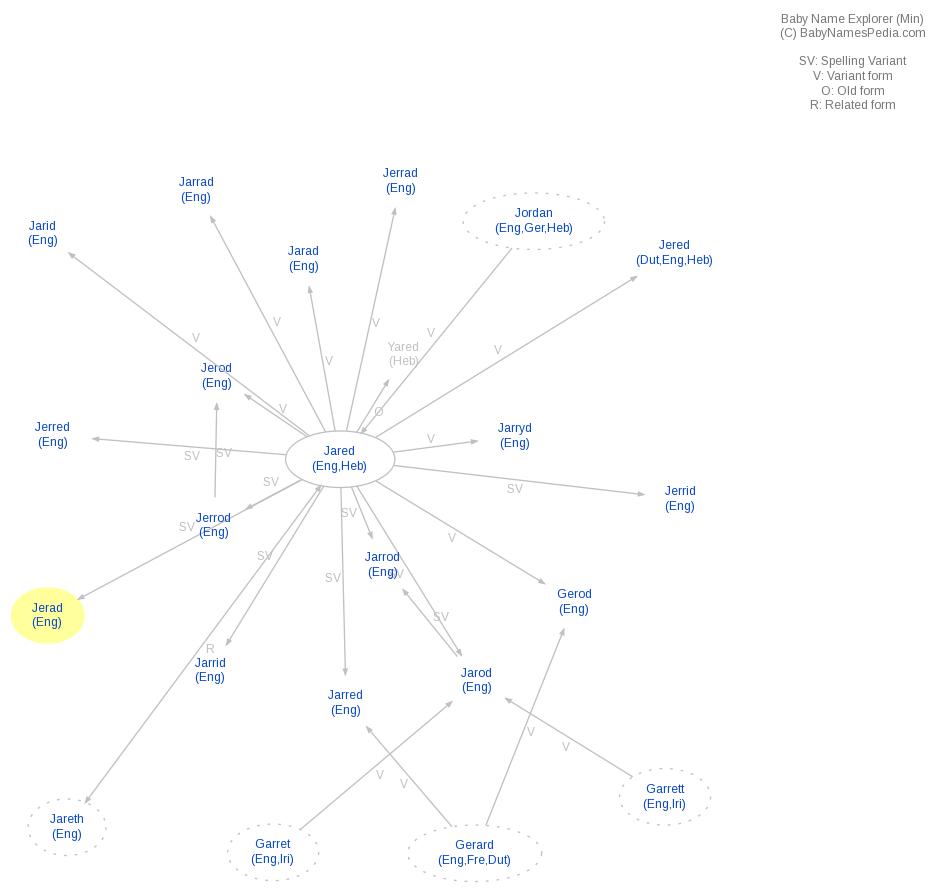