What does Jeramiah mean?

[ 4 syll. je-ra-miah, jer-ami-ah ] The baby boy name Jeramiah is also used as a girl name, but it is much more common for boys. Its pronunciation is JH-eraa-MAYaa- †. Jeramiah is used predominantly in the English language and its origin is Hebrew. Jeramiah is a variant of the name Jeremiah (English and Hungarian).

Jeramiah is uncommon as a baby name for boys. At the modest height of its usage in 2010, 0.013% of baby boys were given the name Jeramiah. It ranked at #803 then. The baby name has since fallen out of favor, and is currently of infrequent use. Within the group of boy names directly linked to Jeramiah, Jeremiah was the most popular in 2018. Jeramiah has in the past century been mostly given to baby boys. 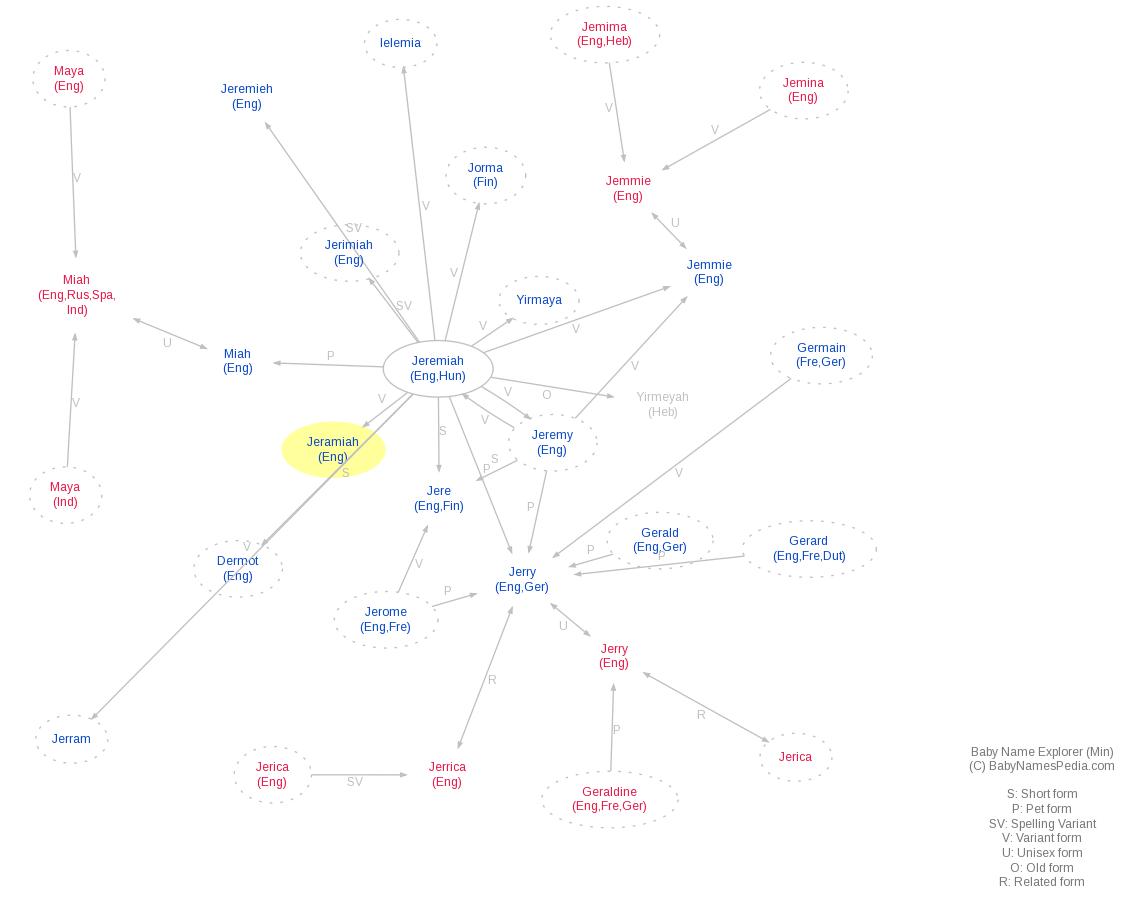