What does Jerica mean?

Jerica is an English name of English-American origin. The name is of uncertain origin; it could be derived from the combination of Jeri and Erica.

Both the origin and meaning of Jerica is inherited by all variant forms.

Jerrica (English spelling variant) is another form of the name.

Jerica is of English origin. The name could have been coined as a female version of Jerry.

Jerica is of Hebrew origin. The name could be derived from Jericho.

Jerica is unusual as a baby girl name. Its usage peaked modestly in 1988 with 0.018% of baby girls being named Jerica. It was #591 in rank then. The baby name has dropped out of favor since then, and is currently used only on a very light scale. In 2018, among the family of girl names directly related to Jerica, Erica was the most frequently used. 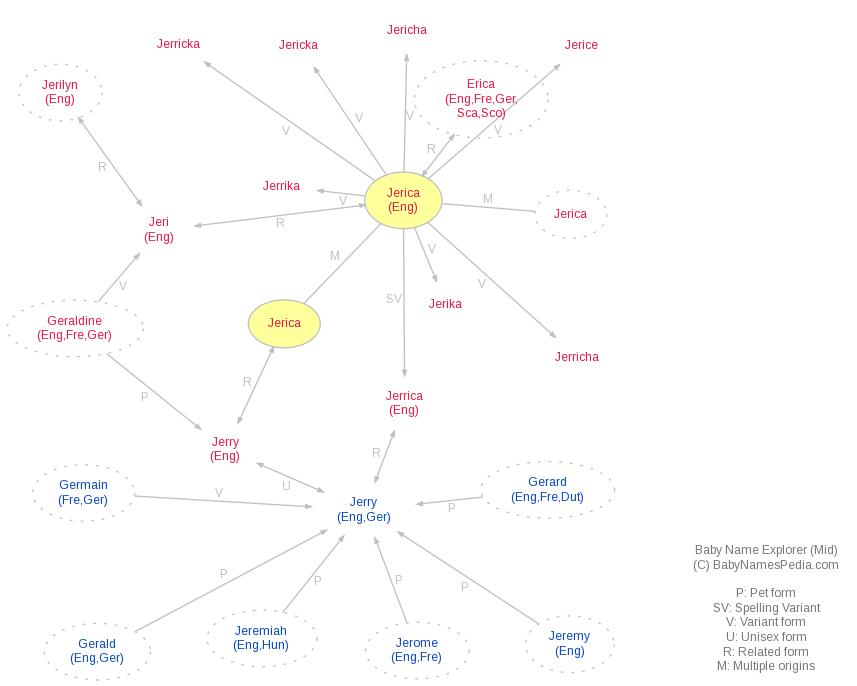