What does Jericho mean?

[ 3 syll. je-ric-ho, jer-i-cho ] The baby boy name Jericho is pronounced in English as JHEHR-ih-Kow †. Jericho is largely used in the English language and its origin is Hebrew. The name's meaning is city of fragrance. Jericho is a place name from the Old Testament of the Bible; the walls of Jericho were brought down by the Israelites as accounted in the Book of Joshua.

Jericho is somewhat popular as a baby name for boys. Its usage peaked modestly in 2016 with 0.011% of baby boys being given the name Jericho. It ranked at #932 then. The baby name has since dropped out of favor, and is of very light use in recent years. In 2018, its usage was only 0.011% and its ranking #959, but it was nonetheless the most popular among all boy names in its group. 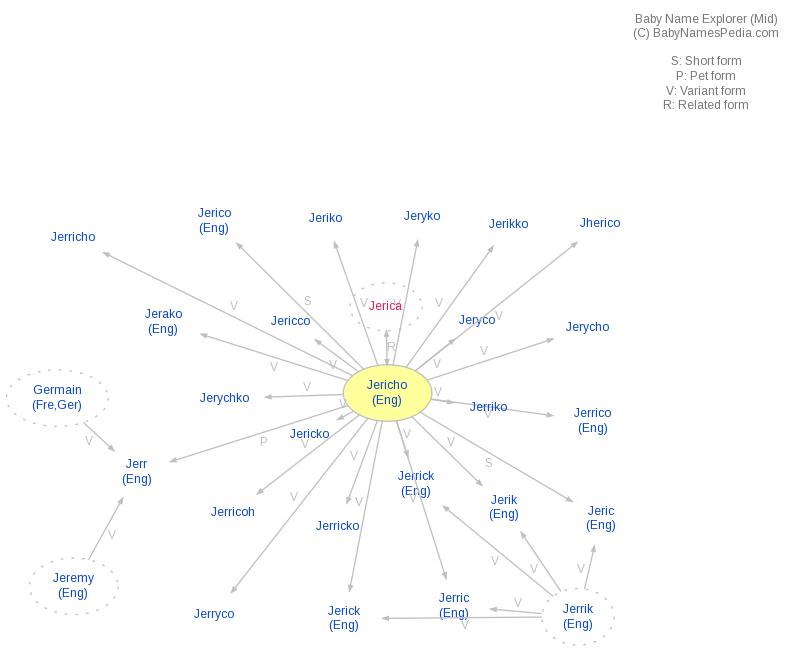