What does Jermain mean?

[ 2 syll. jer-mai(n), je-rma-in ] The baby boy name Jermain is also used as a girl name, but it is much more common for boys. It is pronounced as JH-erMEY-N †. Jermain is largely used in the English language and it is derived from Latin origins. Jermain is a variant spelling of the name Germain (French and German).

Jermain is unusual as a baby name for boys. Its usage peaked modestly in 1973 with 0.006% of baby boys being given the name Jermain. Its ranking then was #811. The baby name has since experienced a loss in popularity, and is now of very light use. Among all boy names in its group, Jermain was nonetheless the most regularly used in 2018. Jermain has predominantly been a baby boy name in the past century. 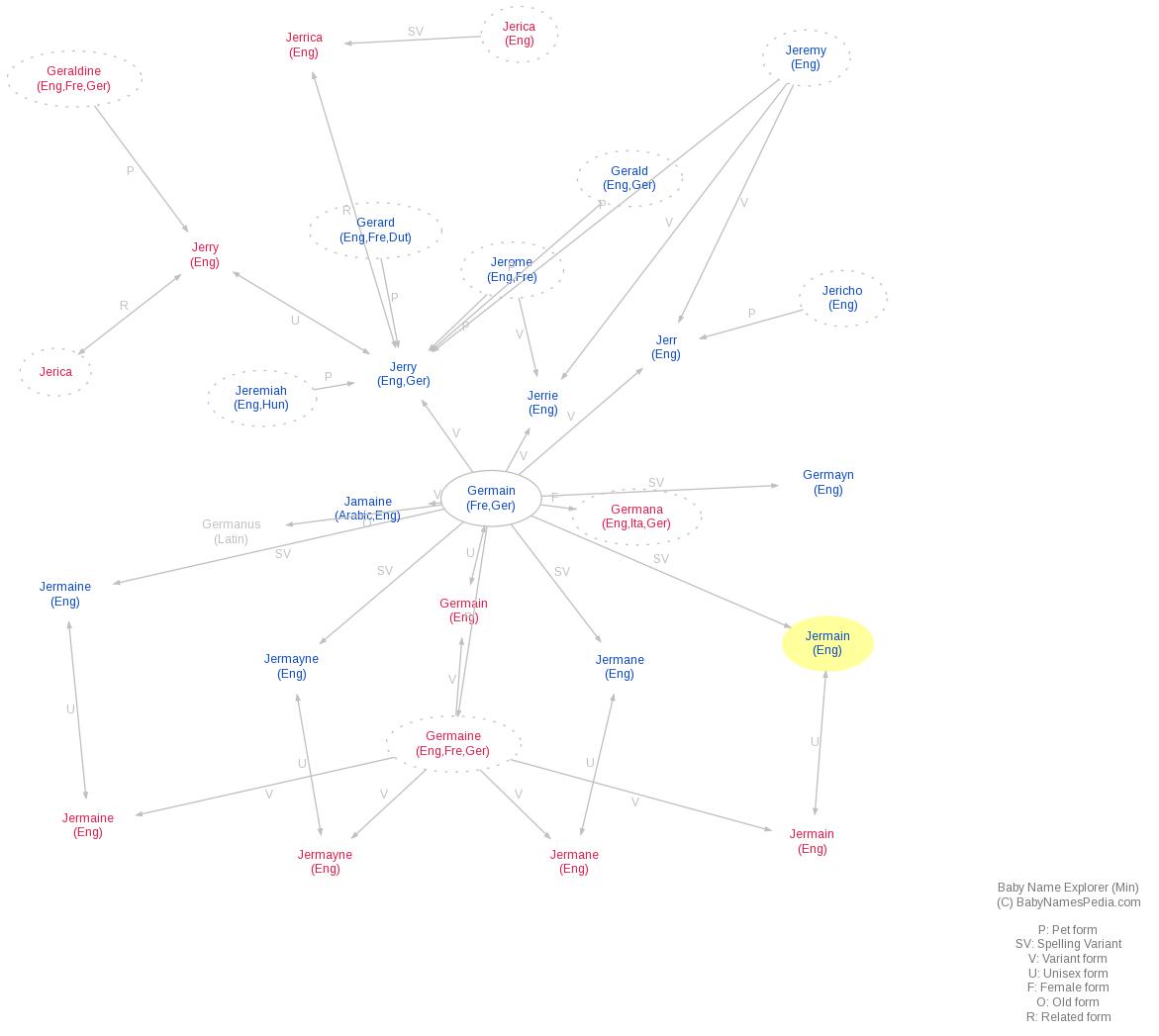