What does Jermaine mean?

[ 2 syll. jer-mai-ne, je-rma-ine ] The baby boy name Jermaine is also used as a girl name, but it is much more common for boys. It is pronounced as JHuhRMEY-N †. Jermaine is used chiefly in the English language and its origin is Latin. Jermaine is a variant spelling of the name Germain (French and German).

Jermaine is a classic favorite. At present it is still somewhat popular as a baby name for boys, though it was in more widespread use in the past. The name's popularity jumped from the 1960s up to the 1970s; before that, it was of infrequent use only. Its usage peaked modestly in 1973 with 0.126% of baby boys being given the name Jermaine. It ranked at #127 then. The baby name has since experienced a fall in popularity. In 2018, its usage was 0.013% and its ranking #849, but it was nonetheless the most popular among all boy names in its group. Jermaine has mostly been a baby boy name in the past century. 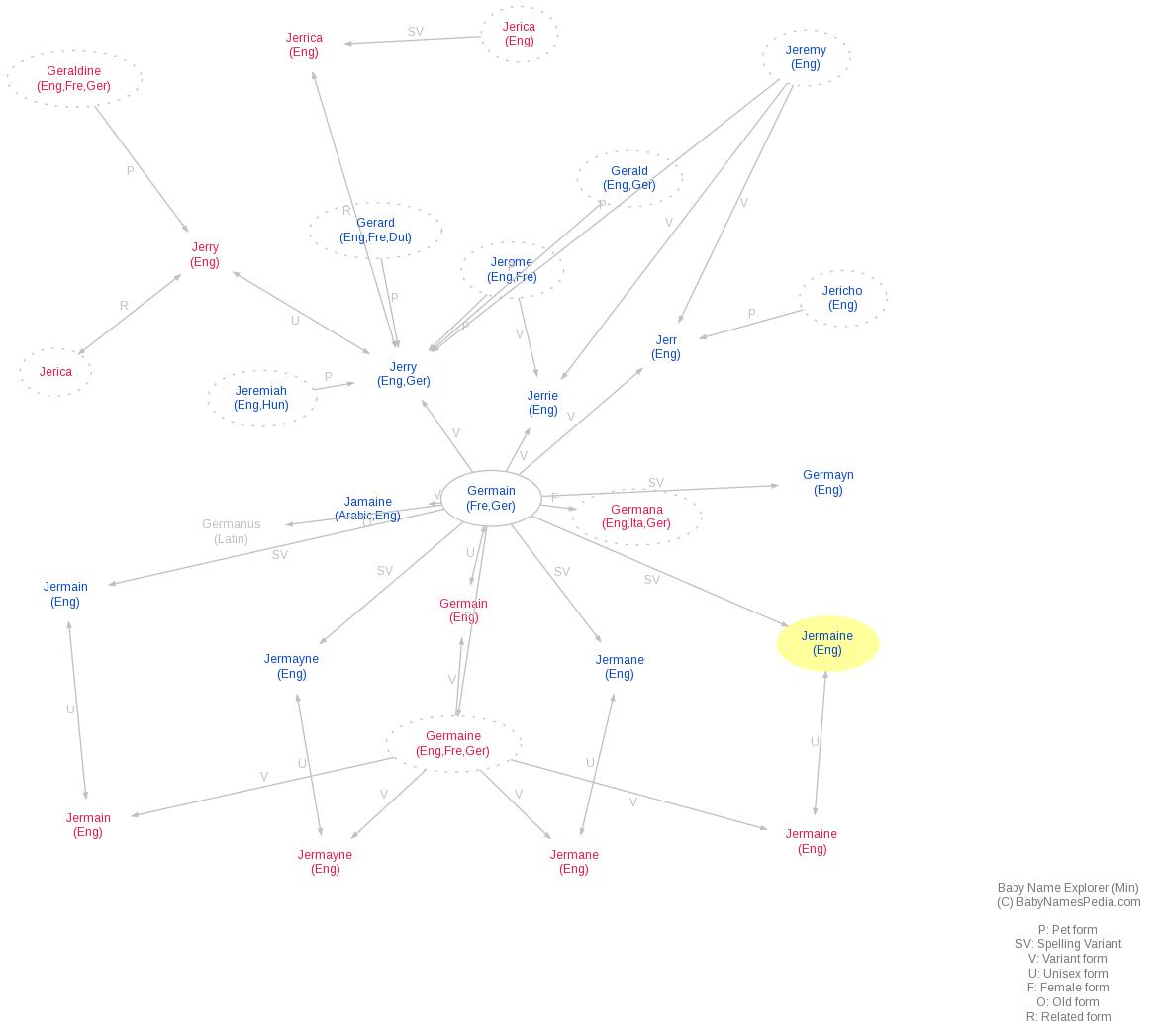