What does Jesiah mean?

[ syll. je-siah, jes-i-ah ] The baby boy name Jesiah is pronounced as JHEHSAYAH- †. Jesiah is derived from Hebrew origins. Jesiah is a variation of the name Jesse (English and German).

Jesiah is somewhat popular as a baby name for boys. The name's popularity has been rising since the 2010s; before that, it was of sporadic use only. At the modest peak of its usage in 2018, 0.011% of baby boys were named Jesiah. It ranked at #979 then. In 2018, out of the group of boy names directly related to Jesiah, Jesse was the most popular. It was used 10 times more than Jesiah in that year. 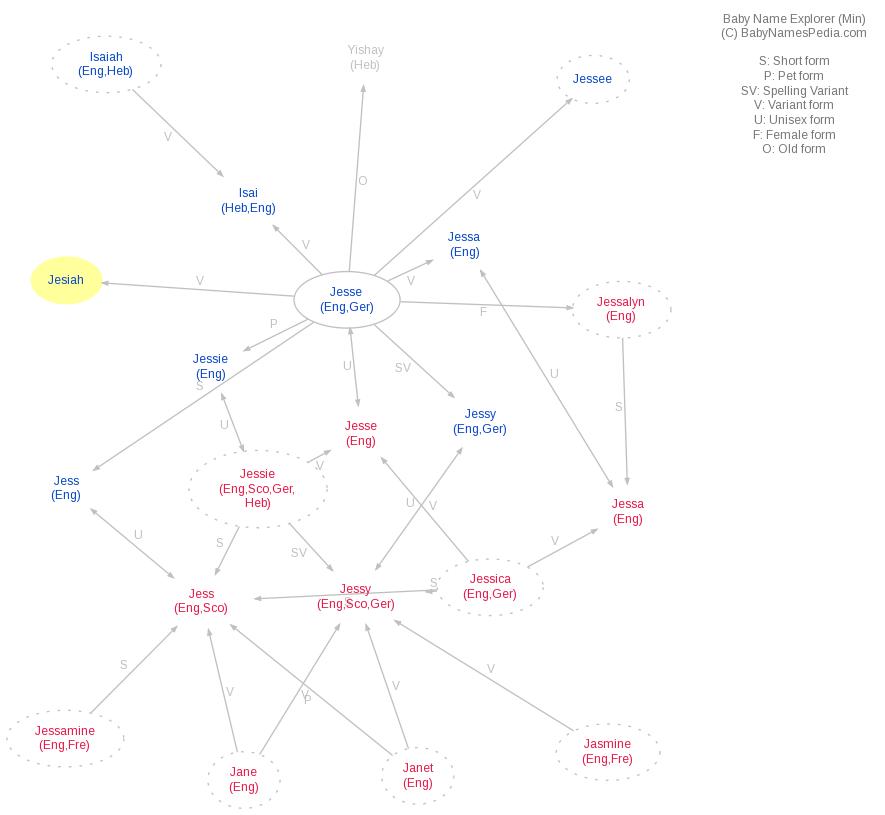