What does Jessalyn mean?

[ 2 syll. jes-sa-lyn, je-ssal-yn ] The baby girl name Jessalyn is pronounced as JH-S-aa-LihN †. Jessalyn has its origins in the English-American and Hebrew languages. It is used largely in English. The name is derived from the combination of Jessica and the name Lynn or the suffix '-lyn'.

Jessalyn is also a form of the English, Scottish, German, and Hebrew Jessie in the English language.

Jessalyn is the feminine form of the English and German Jesse.

Variant forms share the origin and meaning of the name Jessalyn.

The contracted forms Jessa (English) and Jesslyn (English) are other variants of the name.

Jessalyn is uncommon as a baby girl name. It is not in the top 1000 names. In 2018, among the family of girl names directly related to Jessalyn, Jessica was the most regularly used. 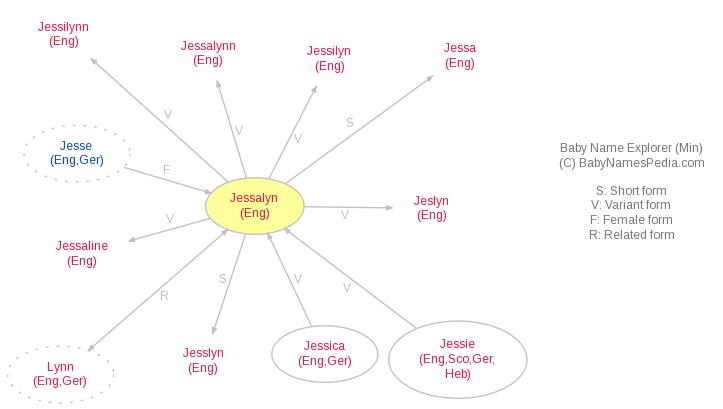