What does Jesus mean?

[ 2 syll. je-sus, jes-us ] The baby boy name Jesus is pronounced as JHIY-ZahS (English) †. Jesus is used predominantly in the English, Portuguese, Spanish, and German languages, and its origin is Hebrew.

In addition, Jesus is a variant (English, German, Portuguese, and Spanish) of the name Joshua (English).

The name Jesusa (Spanish) is the female version of Jesus.

Jesus has 16 variants that are used in English and other languages. Variants used in English include Ihu, Jecho, Jesous, Jessus, Jesues, Josu, and Yosu. The diminutive form Chucho is another English variant.

The origin and thus the meaning of Jesus is inherited by all variant forms. 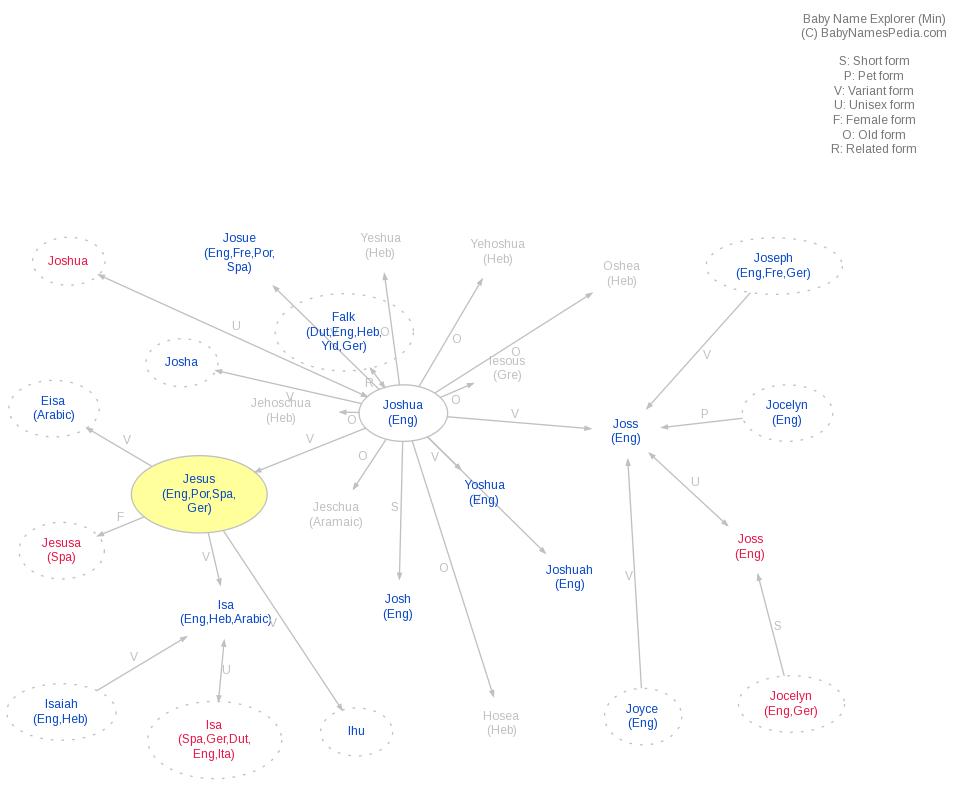