What does Jett mean?

[ 1 syll. jet(t), je-tt ] The baby boy name Jett is also used as a girl name, but it is much more common for boys. Its pronunciation is JHehT †.

Jett is an English name of Middle English origin. The name is of the meaning to throw.

Jett is of English origin. Here, the meaning is jet.

In addition, Jett is a contraction of the name Jethro (English). 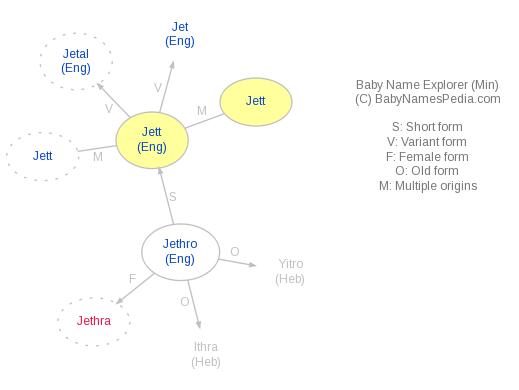