What does Jin mean?

Jin has its origins in the Chinese language. It is used largely in Chinese and Japanese. The meaning of Jin is 'gold; bright and beautiful; ferry'. See Jin for more information.

Forms of Jin include the Chinese Chin, the name Jinn, and the name Jyn.

Jin is of Korean origin and it is also used mainly in Korean. Here, the meaning is 'precious'.

In addition, Jin is a familiar form (English) of Virginia.

Jin is not popular as a baby girl name. It is not in the top 1000 names. In 2018, within the family of girl names directly related to Jin, Virginia was the most popular. 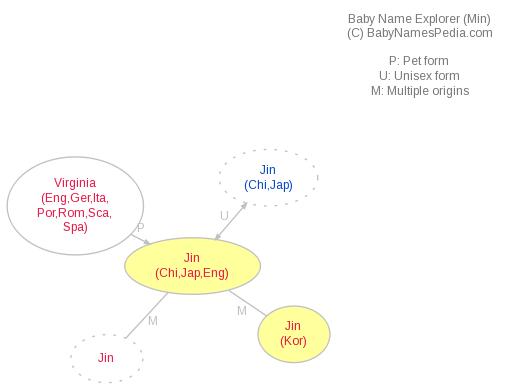