What does Jin mean?

Jin is used chiefly in the Chinese and Japanese languages, and its origin is Chinese. The name is of the meaning gold; bright and beautiful; ferry. The name is occasionally bestowed for its association with the metal, which Chinese astrologers believe will counter excessive wood influences in a child's horoscope.

Chin (Chinese), Jinn, Jyn, and Jynn are variants of Jin.

Jin is used predominantly in the Korean language and it is also derived from Korean origins. Here, it means precious.

Jin is infrequently used as a baby name for boys. It is not listed in the top 1000 names. 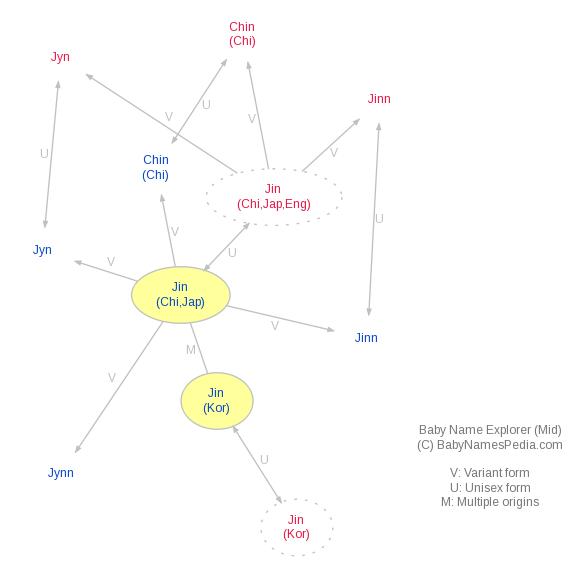