What does Joanna mean?

[ 3 syll. joa-(n)na, jo-a-nna ] The baby girl name Joanna is pronounced JHow-AEN-ah in English or Yao-AAN-Naa in Polish †. Joanna's language of origin is Hebrew, and it is used mainly in the English and Polish languages. Older forms of Joanna include Ioanna (Old Greek) and Johanna (Latin). The name was usually spelled Johanna in the medieval period; the form Joanna became more popular after the 18th century.

In addition, Joanna is an English and Polish form of the English Jane.

Joanna is also an English and Polish form of the English Joan.

Joanna has 24 forms that are used in English and foreign languages. Forms used in English include Ioana, Jo-Ann, JoAnn, Joann, Joeann, Joeanne, Johanna (used in Dutch, Finnish, German, Hungarian, and Scandinavian as well), Johannah, Jonella, Joni, Jonie, Jonna, Ohanna, and Sion. Other English forms include the contraction Jo (used in German as well), the diminutive forms Jenny (used in German as well), Jody, Joe, and Joey, and the variant spellings Joana (used in Brazilian, Catalan and Portuguese as well), Joannah, Joeana, and Joeanna. Ioanna (Greek) is a form of Joanna that is in foreign languages.

Variant forms inherit both the origin and meaning of the name Joanna. 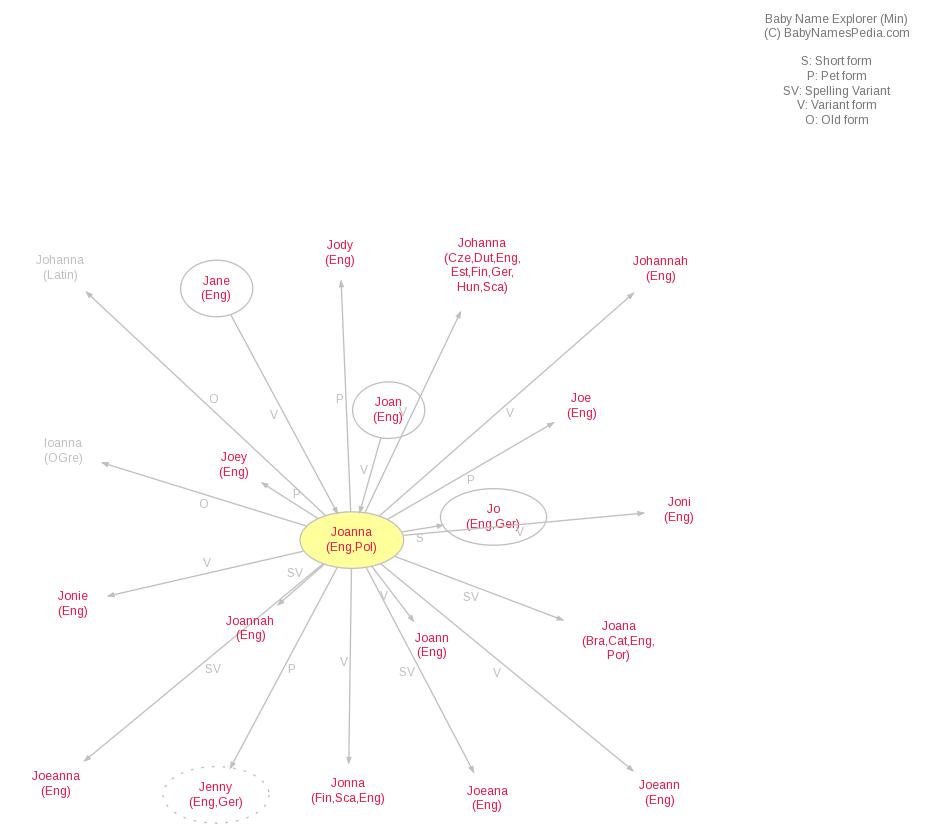