What does Job mean?

[ 1 syll. job, jo-b ] The baby boy name Job is pronounced as JHOWB in English or YAOP in Dutch †. Job is a Dutch and English name of Hebrew origin. Biblical name: The name is of the meaning persecuted, hated. Iyyobh (Hebrew) is an older form of Job. The name was borne in the Bible by the central figure of the Book of Job, a man of great faith and patience who was put to the test by God. The name was adopted by 17th century English Puritans, but it fell into disuse by the late 19th century. The name Jobina (English) is the female form of Job.

Job has 16 variants that are used in English and other languages. Variants used in English include Ayub, Jobee, Jober, Jobert, Jobey, Jobi, Jobie, Jobson, Jobsun, and Johb. The pet form Joby, and the variant spelling Jobe are other English forms.

Job is unusual as a baby name for boys. It is listed outside of the top 1000 names. 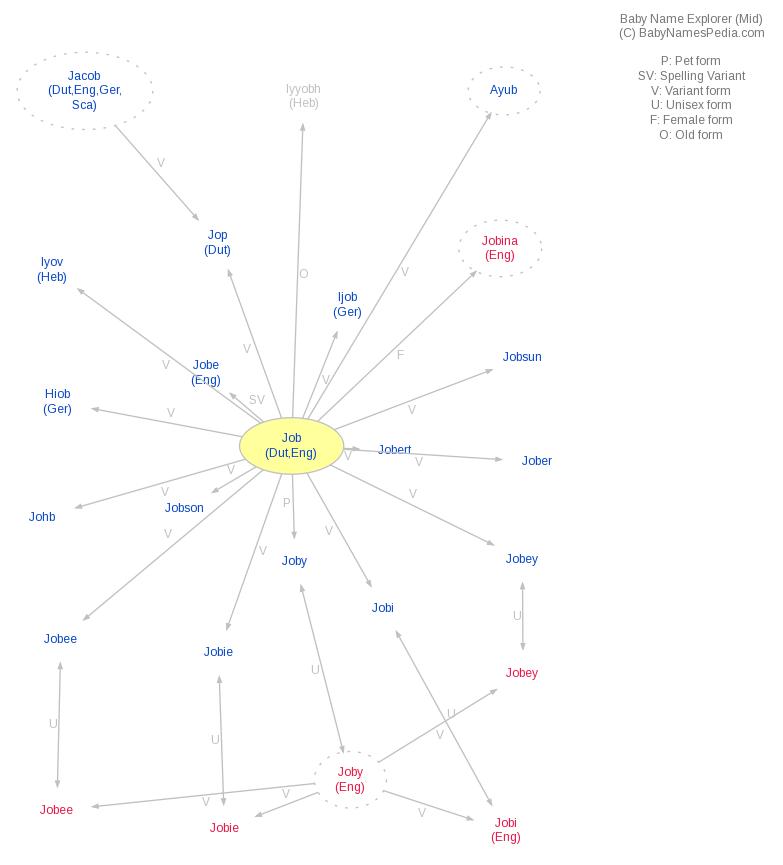