What does Jock mean?

[ 1 syll. joc(k), jo-ck ] The baby boy name Jock is pronounced as JHowK †. Jock is primarily used in the Scottish, English, and Gaelic languages, and it is of Hebrew origin. The name has strong Scottish associations. It is also used as a nickname for someone of Scottish roots.

Jock is a Scottish form of the English and Dutch name Jack.

Jock is also an English pet form of the Dutch, English, German, and Scandinavian name Jacob.

Jock is also a form of the Hebrew and English name Jacoby.

Variant forms inherit the origin and meaning of the name Jock.

Jock is not regularly used as a baby name for boys. It is not ranked within the top 1000 names. In 2018, among the group of boy names directly linked to Jock, Jacob was the most popular. 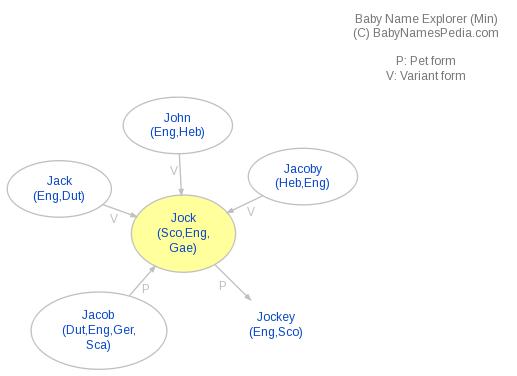