What does Jodan mean?

[ syll. jo-dan, jod-an ] The baby boy name Jodan is pronounced JHOWDAHN †. Jodan's origin is Hebrew. The name is derived from the combination of the prefix 'Jo-' and the name Dan.

Forms of Jodan include the names Joden, Jodhan, and Jodon.

Variant forms inherit both the origin and meaning of the name Jodan.

Jodan is a seldom used baby name for boys. It is not in the top 1000 names. 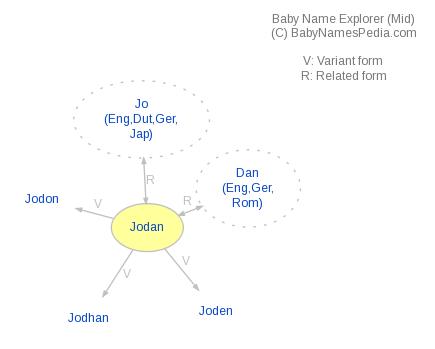